Driverless Cars Are Capable of Reducing Urban Traffic by 80 Percent 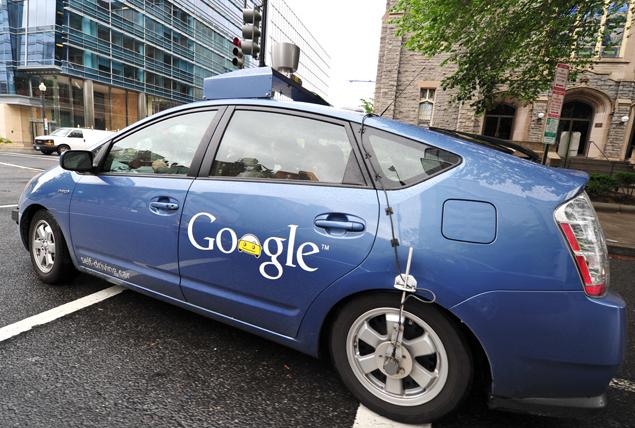 Driverless cars are  projected to be capable of reducing urban traffic by 80 percent. The fully automatic automotives could be the solution to the congestion problems in the United States, Asia, or any other place that experiences dense traffic on a daily basis.

Carlos Ratti, director of SENSEable City Lab run by MIT, said that the most exciting thing about these innovations is less cars on the road. He cites the utilization of smart technology in the vehicles’ software to make near perfect maneuvers and decisions. Ratti said that Asia is looking into the development of driverless cars, but the United States is much more involved in this development; with California recently issuing approval for tech companies to test and expand the technology with the intent of public use.

The combination of the vehicles’ abilities to communicate with one and another, and the increase of driverless taxis and buses will contribute to the lessening of traffic and accidents. The Singapore-MIT alliance for Research and Technology is currently testing a fleet of driverless cars created from golf carts in the National University of Singapore’s campus.

Nanyang Technological University is also experimenting with its own autonomous vehicles. The vehicles currently shuttle passengers between JTC Corporation’s CleanTech Park and NTU’s campus. Analysts believe as the technology becomes more apparent in the culture, cities will adapt quickly. The driverless cars being more efficient will mean people will reach places currently deemed too remote for businesses; subsequently, cities will expand to cover these areas.

Parking is a major contributor to congestion in metropolitan areas, driverless cars are capable of solving this problem and reducing urban traffic by 80 percent. A significant amount of traffic in cities is from drivers searching for an ideal parking spot (proximity to destination, payment, space). Google described that their driverless cars will be able to drop their passenger(s) off at their desired location, then go off on their own to locate a parking spot. The owner of the vehicle would then be able to call the car back to them via mobile app. This also enables the optimization of space utilization in urban environments.

The driverless cars also don’t employ an action called “rubbernecking.” Rubbernecking is when a driver of a vehicle slows down in order to observe an accident or situation on the road out of curiosity. Rubbernecking, according to a report from Brookings Institution, accounts for a quarter of traffic delays. Robotic cars are incapable of this.

It wouldn’t take a lot of driverless cars to be capable of more than just reducing urban traffic by upwards of 80 percent. According to Purdue University’s civil engineering professor Fred Mannering, if one in 10 U.S. vehicles were driverless, traffic fatalities and injuries, fuel consumption, and travel time would fall significantly. In total, saving $40 billion yearly. If half of the vehicles were driverless the savings would reach $200 billion.

Driverless cars have been tested with success by Google, MIT, and other technology companies. They estimate that in five years the vehicles will be fully incorporated into the public.