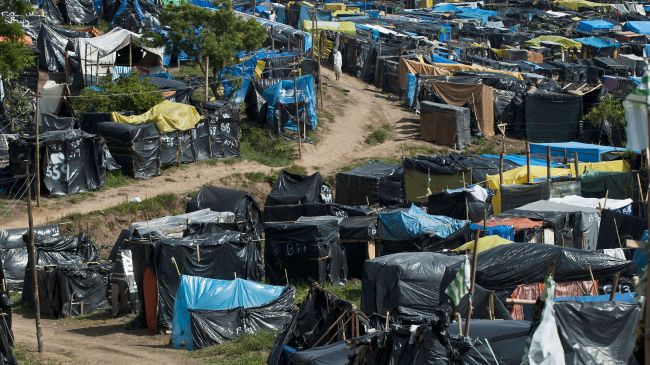 The FIFA World Cup has forced homelessness on hundreds of thousands of people in Brazil, including vulnerable children, the sick and the elderly. The Al Jazeera network reports that over a quarter million people have been forcibly removed from their homes via eviction and countless more are still being threatened with forced removal to make way for World Cup related structures, including roads and other public facilities.

Just a few months ago, government officials destroyed an entire neighborhood of homes, tearing them down to build a highway for the FIFA World Cup. This left families devastated with nowhere to live. Forced into the streets, the elderly have been sleeping on the rubble left behind from the demolition of their residences. In some cases, they were given just five days to evacuate, and were offered little to no compensation in exchange for the properties they once owned.

For many Brazilians who have been able to remain in their houses, the cost of living has been driven up to unbearable extremes. Rents have risen by hundreds of dollars—an amount that makes staying in the home prohibitive for many. The FIFA World Cup has forced homelessness on thousands of children and has left countless more in abject poverty. Brazilians struggling to make ends meet are not celebrating the games at all. Instead, the homeless are embittered over how they have been treated by the government.

American public apathy about the situation in Brazil is stunning; there has been little coverage by the mainstream U.S. media of the devastation. U.S. citizens, for the most part, show little concern over the plight of homeless caused by the FIFA World Cup. One woman watching the games from a salon in the U.S. said “Their ‘homes’ were torn down’? HA! Those so-called homes were nothing more than cardboard boxes anyway.”

That is not the case. Hundreds of thousands of people have watched as their houses, made of typical home construction materials, not cardboard, have been ripped down to make way for rich soccer fans to enjoy the games. Now, the homeless have set up massive “shantytowns”–tent cities on the edges of Porto Alegre , Rio De Janeiro and Sao Paulo. Over ten thousand people have marched to the stadiums to demand some compensation or housing for themselves and their families.

Those who have been displaced will join Brazil’s 1.8 million homeless who are forced to make their beds on the streets every night. According to reports, the number of people who have been made homeless because of the FIFA World Cup exceeds a quarter million. However, a basic search for news about this issue makes it clear that nearly all the reports have been revealed by the foreign press rather than any U.S. news outlets.

Whatever the reason for the silence on the part of the U.S. mainstream news media, the facts do not change. The FIFA World Cup has forced homelessness on thousands of people including many children who are now forced to bed down on the concrete and dirt that remain where their homes once stood. The deafening silence by the U.S. news media about the plight of these children and the roaring din of public apathy has drowned out the cheers of the privileged as they watch their teams soar to victory on the broken backs of the poor.