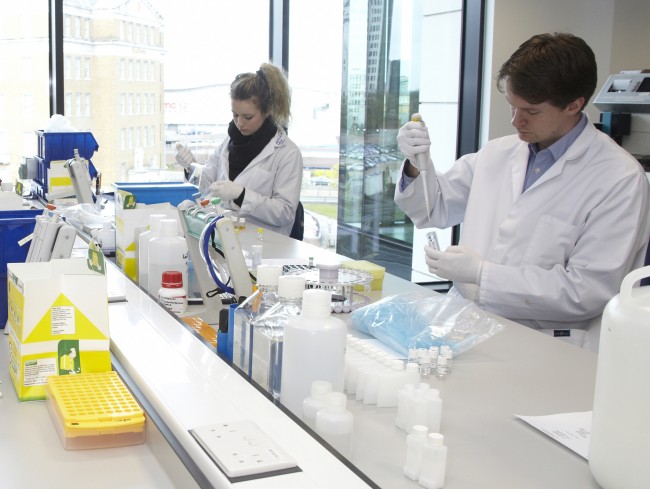 Gender bias in medical research has been ordered to stop by the National Institutes of Health, which is commonly referred to as NIH. A new NIH policy was announced by Francis Collins, the director of NIH, and Janine Clayton, the director of the NIH Office of Research on Women’s Health, that calls for preclinical research to be balanced between males and females. Both subjects must be gender balanced and research involving cells must include cells from both males and females. This new policy extends previous policies that called for a balance in male and female human subjects in clinical medical research.

NIH is the branch of the U.S. federal government that funds medical research. Research labs throughout the United States, many of which are in universities, depend on funding from NIH to carry out their research. Scientists write lengthy formal research proposals that are submitted to NIH for peer review. Other scientists, who are their peers and presumably understand the area of research, judge the research proposal and then meet in Washington, DC to hash over the details and determine whether the grant proposal will be funded.

NIH will be enforcing the policy beginning in October and the grant review process will subsequently include safeguards to ensure there is no gender bias in research funded by NIH. Exceptions to the policy will allowed for such things as research on ovaries or testes, which are gender limited.

The reason that gender bias in medical research is of concern and is to stop is females have a very different hormonal picture compared to males. Females characteristically have a monthly variation in estrogen and progesterone, among other hormones, and males pretty much have a stable high level of circulating testosterone. Historically, the thought that guided research using animals was it was better to use all males in the study because then hormonal variations would be controlled. It was thought that female hormonal cycling would disturb the clarity of the results.

The events that created concerns that led to policies regarding use of males and females in research were studies that showed surprising differences in how males and females have heart attacks, for example. More recently, researchers have recognized that males and females have differences in physiology such as blood pressure. Women respond differently to many medications and treatments and medical research efforts need to keep this in mind to determine the best course of treatment for females if different from males. As an example, women do not achieve the same results with statin use as found in men.

A criticism of the new policy to stop gender bias in medical research has been levied and it is aimed at the across-the-board directive. Those who are critical of the policy say that many research studies clearly do not have any reason to suspect gender differences and the scientists who are carrying out these types of studies should not be burdened with the consideration of making sure that gender is balanced. Considering whether cells used in a study came from a male or female and balancing gender may result in doubling the research effort. NIH resources are limited and the cost of balancing cells regarding gender may prove to be significant.

The Chronicle of Higher Education