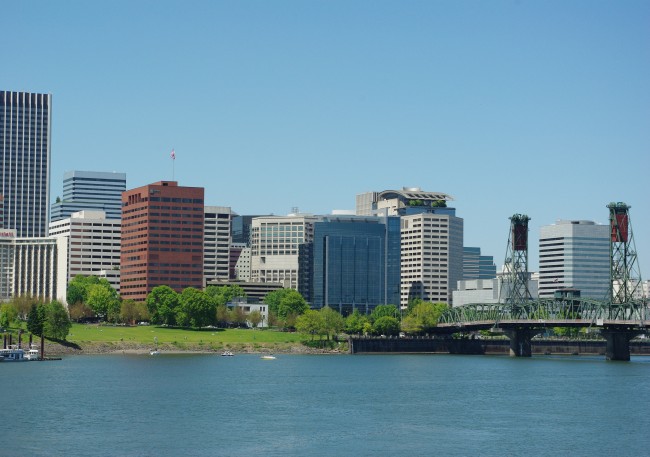 When Google Fiber announced which 34 U. S. cities were potential markets for the tech company’s gigabit broadband service, Portland, Oregon was on the list. Google’s vision is to add more cities to its network. On June 11, the Portland City Council voted to enter into a franchise agreement with Google Fiber Oregon, LLC to bring its blazing Internet speeds to Bridgetown. Google is currently rolling out its fiber optic Internet service in Kansas, City, Austin, Texas, and Salt Lake City, Utah. Portland may be one of the next cities.

“It shows how desperate people are to have a real broadband competition,” Sascha Segan tech correspondent for PC Magazine said of Portland’s decision. “Most Americans only have two options, cable or DSL. Everyone is looking to companies like Google to break the cable / DSL duopoly,” Segan said. 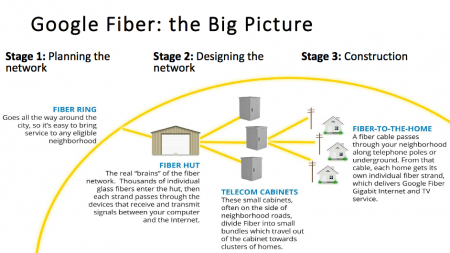 Google chose cities based on their proactive efforts to bring broadband to their citizens. Portland is just such a city. In 2010, the City released a Strategic Broadband Plan, part of an agenda to create livability, prosperity, sustainability, and equity.

The plan is five-fold. By aggressively investing in broadband, the city hopes to attract broadband-intensive companies and the knowledge jobs they would bring with them. The city hopes to create a tech-savvy workforce to meet the employment demands of those companies. To address social equity, Portland wants to eliminate any data divide, ensuring that all citizens and small businesses have equal access to the educational opportunities that broadband offers.

The city considers broadband technologies to be useful in managing energy conservation efforts, transportation, health, public safety, government, and education. Finally, Portland is digitally progressive in its vision of governance, as it wants to modernize government organization and adopt digital inclusion values throughout the area. According to the City of Portland, this plan attracted Google.

Google also looked for case studies. The company said it looked for cities that were diverse and would help them work through diverse challenges that are inherent in building a new fiber network. Google provided a feasibility checklist for potential partners to complete. Whether or not they choose Portland, Google says that working through the checklist itself will help cities prepare for broadband agreements with other companies in the future.

The deal is not done. Portland submitted its checklist in time for the May 1 deadline, but Google will not announce its final decision until the end of 2014. The cities Google selected for the application process have turned in their homework, are now they are waiting to find out if Google will bring the service to them. If it is selected, Portland will be one step closer to its vision for gigabit broadband.

Potential partners, or Fiber Cities, had to demonstrate that they have the will and the ability to provide the support Google needs to bring Google Fiber to their respective cities. Until now, Google has been a company that deals with cyber services and data, not utilities. It does not have the physical fiber optical infrastructure to deliver its broadband across the nation, and it will have to piggyback on existing infrastructure to be able to provide its service to metropolitan areas.

To do this, Google may be planning on using dark fibre to run its new gigabit broadband networks. Dark fibre is un-utilized (or unlit) fiber optic cable which was laid in the 1990’s during the dot.com bubble, when many companies’ capital investments went into building high-capacity telecommunication networks. PC Magazine’s Segan reported that 20 states have laws preventing cities and towns from building municipal networks with the dark fibre network, though some universities have used the network to build intranets for their campuses.

In 2005, a CNET article reported, as part of a strategic plan, Google was trying to gain access to dark fibre network. The author quoted a Google job posting seeking a strategic negotiator who knew how to identify, select, and make negotiations for dark fibre networks. It seems the Internet search giant has been looking to gain traction in the high-speed broadband market for some time.

Google points out that it would be redundant to erect a duplicate system of power poles and conduits and asks cities to provide access to existing infrastructure, possibly any existing dark fibre networks. To make it to the next round of consideration, cities need to be able to solve easement issues and to streamline permitting processes.

As part of the feasibility process, cities were asked to disclose potential obstacles to project completion and to suggest workarounds. In the case of Portland, waterways may be an issue. Eight bridges transverse the Willamette River that runs through the metropolitan area. The City of Portland advised Google that easements across the river are granted by the Oregon Department of Fish and Wildlife. “Recent efforts by other public and private agencies have had success with completely boring under the river or attachment to existing structures that bridge the waterway,”  the report read. Portland suggested that avoiding sensitive lands adjacent to the waterway is the best option for securing necessary easements. The final decision to bring Google Fiber to Portland is now Google’s.

Until now, telephone and cable companies have cornered the broadband market. Bringing competition will provide consumers with more choices in service and pricing. Implementation of Google Fiber in Salt Lake City seems to be going smoothly, but in Kansas City, rivals are not lying still. The Kansas City Star reported in April that AT&T, the telecommunication giant that already services a large segment of the city, is throwing its hat in the broadband ring. AT&T is already challenging Google Fiber for its market in Austin, Texas. It has plans to rollout high-speed broadband in 24 cities nationally. Because the AT&T fiber-optic network already exists, the company may have a logistical advantage. It could pierce the market for high-speed broadband before Google Fiber gets through approval processes in its potential Fiber Cities.

Google plans to announce the selection of its new Fiber cities by the end of 2014. If the company decides to bring gigabit broadband service to of City of Portland, it will be one step closer to full implementation of its strategic broadband vision. Service could begin as early as 2015.