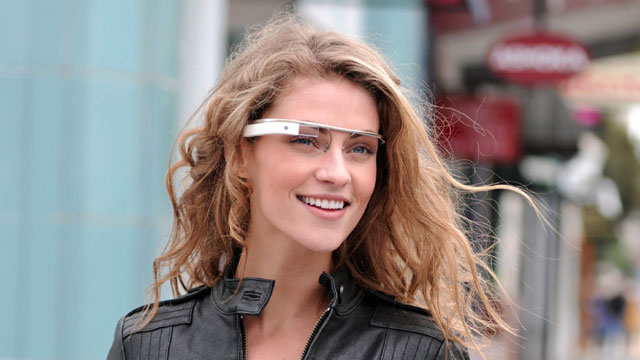 Sales statistics indicate that Google Glass is taking the market by storm. Sales skyrocketed in the UK with Google’s first foray into the market, which Google said was due to the UK’s openness to accept new technologies. Sales here in the US are going strong and anyone can go to the Google website and order their own pair of high-tech eye wear or stroll into a basecamp (i.e., store) in San Francisco, New York City or Los Angeles, be fitted and walk out wearing a new set of wonder eyes. With all the excitement over this newest technology, there are some real concerns about privacy violations when a Google Glass wearer is looking into your face.

Google has repeatedly responded to criticisms about privacy concerns, by designing the Google Glass with these issues in mind. Other detractors state that a simple smart phone or webcam can be just as invasive and violate a person’s right of privacy. However, those arguments fall a bit short for many reasons. Google Glass is worn on the face and has the capacity for continual surveillance because Google Glasses are always on. Despite Google’s statement that there is a light which shows that it is actively recording, most people beyond a salutary glance do not continue looking at others in their environment unless they are with that particular person. Therefore, unless individuals are cognizant of the Google Glass and its possible surveillance, they are susceptible to being videotaped or photographed without their knowledge or consent.

If the individual is aware of the possibility of being recorded, then their behavior is likely to change. As a result they may feel less free to have open, candid, personal, private and anonymous interactions due to the potential to have what they say or do recorded and publicized for all to see and hear. There are those individuals who argue that Google Glass is so new that anyone wearing it will be a source of interest and so people will constantly be watching the person to see how the Google Glass works. For some individuals that might be true, but most people are focused on their own issues, computer, friends, telephone, or activity to be interested in watching another person wearing a funky new technological wonder. People are easily distracted, and most people tend to stay focused on whatever they are doing at that moment.

These privacy concerns are not just a potential problem. There is a real basis for concern. MIT researchers were able to access a person’s passwords and PIN numbers with Google Glasses. It is true that other kinds of technology can access the information as well; however, these other technologies are more visible in the possible ways that they may be used to violate privacy. For example, the phone must be physically held up and aimed at the person being photographed, or the webcam turned onto the targeted individual. The information accessed by Google Glass was also 83 percent accurate.

Detractors argue that most people are photographed and recorded hundreds or thousands of times a day. This is true, but this is not a situation where a person is walking down the street or into a business where the use of surveillance cameras are routine, because there is no reasonable expectation of privacy in these environments. However,  there is a legitimate expectation of anonymity in these circumstances. With wearers of Google Glass peering into your face, and recording all actions, behaviors and words, privacy becomes nonexistent and individual security is violated.

Americans are mixed as to their desire to have Google Glass or not. Toluna, an online market research firm with access to 6 million consumers in 41 countries found that 72 percent of the Americans surveyed would choose not to wear Google Glass due to privacy concerns.

Several countries including the U.S. and Canada have expressed concern over these potential privacy violations and intrusions. On April 20, 2014, a group of individuals applied for a patent to prevent and protect against facial recognition by technology such as Google Glass. Google Glass responded by applying for a contact lens style which would not be detectable by the public. It is unlikely these concerns will be fully addressed by the time Google rolls out the consumer version of Google Glass at the end of 2014. The public should be forewarned that there will likely be more in your face privacy violations by Google Glass wearers in time for the holidays, so be proactive by staying in the shadows and outside the video frame of any Google Glass wearer.

One Response to "Google Glass: In Your Face Privacy Violations"