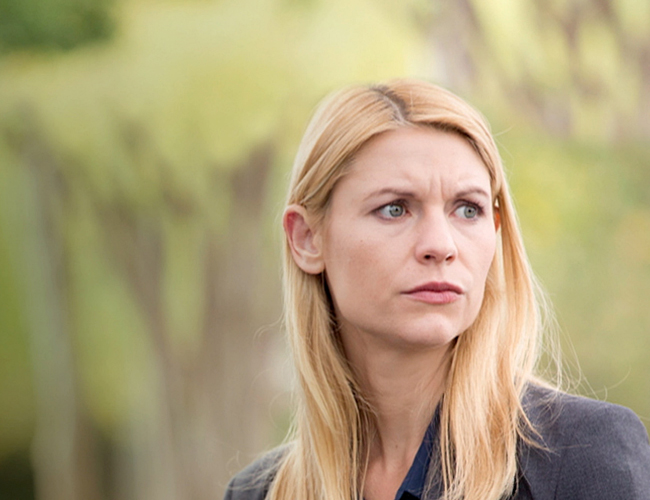 Award-winning American actress, Claire Danes has been spotted in Cape Town, South Africa, where shooting for Season Four of Homeland has begun. The hugely successful show’s lead actress, she’s been seen on set, lunching out, shopping, and doing yoga, by a number of fans that were eager to blow the cover of the beautiful blonde who plays a bi-polar CIA agent in the popular Showtime drama series.

Claire Danes, who is traveling with her two-year-old son Cyrus, is married to British actor Hugh Dancy who does not appear to be accompanying her at this stage. Last Monday she was seen having lunch at Harbour House, an iconic seafood restaurant in the picturesque Kalk Bay working harbor in False Bay. The following day, a radio DJ, Seano Loots saw her on the escalator he was using in a mall in Sea Point on the Atlantic Coast. He reported that she had her little boy with her and was clearly heading into Checkers, a very ordinary supermarket chain store. He maintained that she gave him a typical Carrie Mathison (her screen name) look that indicated she thought someone was following her! She also gave him half a smile. The same day several people tweeted that they had seen her in a yoga class in Cape Town.

Filming also began last week, and both Claire Danes and co-actor, Rupert Friend, who plays the part of elite CIA “black-ops” agent Peter Quinn, were seen at Cape Town International Airport in a lounge that had been set to look like one in Pakistan. This is in keeping with the reported storyline for Season Four that takes Carrie Mathison and her colleagues to a highly volatile CIA station in the Middle East. Clearly the area is genuinely dangerous, which is why they are shooting in Cape Town.

The first two seasons of Homeland were filmed in Israel and Puerto Rico, and production of Season Three was due to be in Israel. However, due to increasing conflict in Syria, filming was done in Morocco instead.

While Damian Lewis aka marine Nicholas Brody – publicly hanged in Season Three – is not on set, several other familiar faces will be, including Mandy Patinkin cast as CIA veteran Saul Berenson, and Iranian Nazanin Noniadi, the CIA analyst called Fara Sherazi who joined the show last year. House of Cards star Corey Stoll joins the series as station chief in the Pakistani CIA agency, as does veteran actor Laila Robins who is set to play the part of Martha Boyd, US Ambassador to Pakistan. Three other newcomers to the show are Raza Jaffrey of Smash fame, who will play Aasar Khan, a lieutenant-colonel in the Pakistani intelligence service; Michael O’Keefe (King & Maxwell and Roseanne) who is set to become John Redmond, a CIA deputy station chief in Pakistan, whose role will reputedly involve many arguments with Mathison; and Indian actress Suraj Sharma who gets to play the role of a medical student. There is no word yet whether the part of Frank Mathison (Carrie’s on-screen father) has been offered to another actor following the death of James Rebhorn earlier this year.

According to Alex Gansa, creator, executive producer and “showrunner” of Homeland, Danes is now the only lead of the show; a male actor will not be replacing Lewis (Brody). Additionally, while Brody’s family members, Dana (played by Morgan Saylor) and Jessica (played by Morena Baccarin) will not be returning for Season Four, there is a possibility they may return as guest stars so that Mathison can tell them how and why Brody died. This was a tightly guarded secret in Season Three. “The last thing the Revolutionary Guard or the Ayatollahs in Tehran would want to hear is that this was actually a CIA operation.” Gansa has also said that Mathison may be promoted and sent to a foreign country to be a case officer. Since Season Four of the show is being shot in Cape Town, it would be interesting if the Homeland star Claire Danes, in her role as Carrie Mathison, was sent to South Africa as part of the plot.