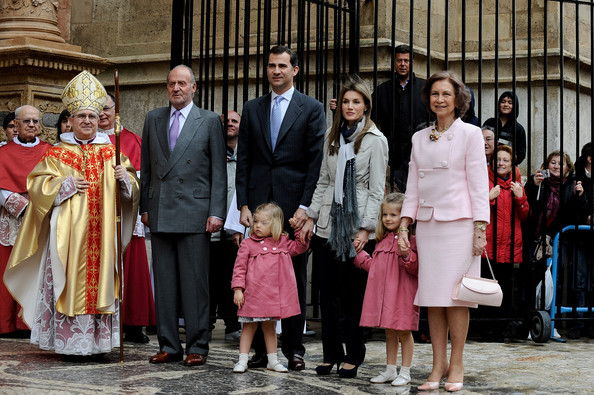 With the King stepping down, many question what the future of Spain holds. Some Spaniards are questioning the monarchy and if it will consist of providing the best future for Spain. Currently, Spaniards are marching in the Puerta del Sol in Madrid protesting for the end of the long-lived monarchy. Chanting “The monarchy is garbage!”, “Yes, we want to decide!”, and “Tomorrow, Spain will be a republic!”, many are hoping for a better future and significant change or the nation as Princess Felipe takes the throne. Approximately 62 percent of the nation voted for a referendum. The Spaniards are wanting to rid of the monarchy and to become a democracy and are protesting in 40 various cities throughout the country.

King Juan Carlos has led his country since 1975 after the death of dictator General Francisco Franco and the people of Spain held him to high standards until recent family occurrences, ones in which greatly put a negative image on the reigning family.

King Juan Carlos has suffered from much scrutiny and criticism through his reign. It is reported that in 2012 the king took a private and luxurious trip to Botswana, Africa, knowing his country was suffering from severe economic issues and financial meltdown. Millions of Spaniards were unemployed. That much more were enraged by the thought of their king being on a “joy trip.” King Juan Carlos was criticized for this decision and even made a public apology for his lack for concern for his Spaniards. Following this, the king made a more significant effort to solve the economic crisis. Despite this, the king’s image was greatly affected.

King Juan Carlos’s family is no different than any other family. They had their problems just as “normal” families do. The king’s youngest daughter, Princess Cristina, was accused of not only fraud, but also money laundering with her husband. The royal family was then in the public eye and negatively judged as they were the first royal to be accused of scandal throughout King Carlos’s reign.

King-in-waiting Prince Felipe is not the only figure in the public eye. He and his wife, Princess Letizia, have two young daughters. The oldest daughter Leonor is currently 8 years old, and her life is about to change dramatically once her father takes the throne. The future princess is only taking ballet classes and already has a luxurious lifestyle, though her parents have made an effort to keep their lives private and out of the media. The Prince and Princess wanted their daughters to have a normal life as possible before the anticipated day came where they would become royal.

By the end of the month, Princess Leonor will have her whole life planned for her. As she gets older she will have to follow in her father’s footsteps and receive all the training her father did growing up. The future princess will have to take military classes as she will one day lead Spain’s military and eventually reign the throne as Queen one day. Leonor also has a younger sister Sofia, who is one year younger than Leonor.

It is reported that Prince Felipe will be pronounced as King on June 19. The future of Spain is surely about to change forever with a younger family leading the nation, and as King Juan Carlos steps down.