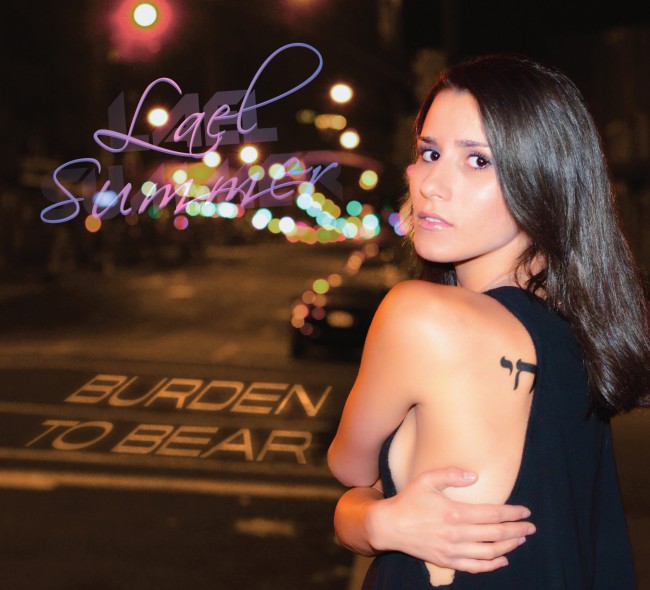 Lael Summer is a a young songwriter/singer from the city that never sleeps, NYC. Accompanied by a full band and a pocket full of soul, she has picked through her thoughts to create something that she can share with the world. Does the debut album, Burden to Bear bring something to the table that people can relate to and enjoy, or has Summer’s burden bested her?

Lael Summer has a great voice and ability to sing but she isn’t alone in her musical journey. Listening to Burden to Bear means spending as much time with Summer as her band, and with more than a dozen members, Summer’s accompanying band is nothing to shake a feather at. Her band features multiple drummers, guitarists, bassists, and a three-piece horn section.

As soon as the album starts it gets the ball rolling with funky bass, a three-piece horn section, and bellowing vocals. The opening track, “I Need A Man” is full of energy and allure, it was also featured on the NPR Blues Show SmokestackLightnin.

Contradictory to the opening track, track 2 slows things down substantially. “Too Much” gets very personal very quickly, it also highlights the name of the album, Burden to Bear. By track 3 it becomes apparent that Summer isn’t willing to censor her feelings, instead she puts them under the spotlight and presents them wholeheartedly.

Track eight of Burden to Bear is Summer’s rendition of “Do What You Want, Be What You Are” by Hall and Oats. It was originally selected as a buzz track by Kings of A&R. Every song on this album, excluding this track, was written by Tomás Donker and Lael Summer.

“We’re only as sick as the secrets we keep”

As the album continues a few concepts become constant. The first of which was obvious from the beginning: soul. The second is empowerment. Early on it seems as though Summer is putting her focus into encouraging ladies to stay confident and happy, but it isn’t just them. Track 10 “Look Around” specifically addresses everyone to acknowledge the choices they have followed to get to where they are and to be happy about where it has led them.

“I have to fight the good fight”

All in all, Lael Summer brings a soul feel that some listeners may find reminiscent of Amy Winehouse. The heavy funk and slight pop influences make Burden to Bear an album that will appeal to singers and songwriters around the globe. Although, listeners looking for tracks that go deep into the depths of lyrical and musical exploration may need to look elsewhere.