By Monalisa Gangopadhyay on June 28, 20143 Comments 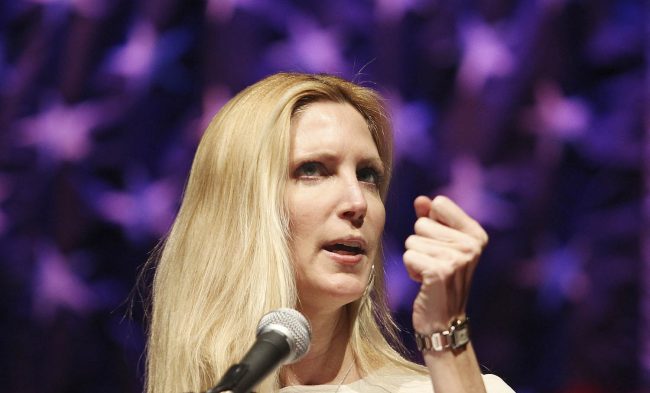 Ann Coulter has done it again. A media-savvy and attention-seeking conservative columnist and author, Coulter indulged in some epic trolling of the soccer World Cup and its American fans in a scathing rant published on the website of The Clarion Ledger Wednesday. As millions of Americans, including President Barack Obama, took time out of their workday to watch the United States advance into the knockout round of the World Cup, Coulter blamed soccer, the “not a real sport” for America’s moral decay. In the article, which has variously been described as racist, ignorant and contemptible by readers, Coulter declared that loving soccer is not “American.”

While the conservative media pundit goes through a series of reasons that make soccer un-American, including her insistence that the sport does not factor in individual achievement, has no staunch heroes, no losers to be held accountable for the losses, all to avoid the bruising of fragile egos and self-esteem, Coulter’s main gripes appears to be with the changing demographics of the United States.

According to the Godless author, “[i]f more ‘Americans’ are watching soccer today, it’s only because of the demographic switch effected by Teddy Kennedy’s 1965 immigration law.” In other words, the growing interest in soccer within the United States is a reflection of the changing socio-cultural and linguistic landscape of the country, a statistical nightmare that is making America less American, more empanadas and brioche, less apple pie.

Coulter’s article on that equates loving soccer to not being American, goes on to say, “I promise you: no American whose great-grandfather was born here is watching soccer. One can only hope that, in addition to learning English, these new Americans will drop their soccer fetish with time.” By her stringent standards, George H.W. Bush, with his self-professed love for soccer, will soon be required to rescind his GOP membership.

Having demonstrated her xenophobic longings for a pre-1965 America that was not the moral cesspool it is today, all due to the un-American love for soccer, Coulter turns her guns on Demonic liberals. Coulter has had enough of the soccer-loving progressives, who want Americans to embrace a sport that does not require “the prospect of either personal humiliation or major injury.” She deeply resents the force-feeding of soccer to the American public along with other liberal agenda pushers such as HBO’s Girls, light-rail, Beyoncé, Hillary Clinton, and of course, the metric system used by Europeans. After all, what can be more un-American, more unpatriotic than using kilometers instead of miles, kilograms instead of pounds, Celsius as opposed to Fahrenheit?

Finally, the Guilty writer turns her guns on women and sports. According to her, there is a reason why women are called “…’soccer moms’ and not ‘football’ moms.” It is because soccer does not require “ambulances [to] carry off the wounded.” Without bloodshed and humiliation, soccer is a sport that even non-athletic little girls can play with boys, and therefore, is not a sport at all. After all, as Coulter opines, “No serious sport is co-ed, even at the kindergarten level.”

That is why she is deeply affronted by The New York Times, with its multiple articles claiming that soccer “is ‘catching on’… [which is] exceeded only by the ones pretending women’s basketball is fascinating.” After all if a liberal soccer mom can love an effeminate game like soccer, which according to Coulter is not “sublimated warfare,” then loving such a game is certainly not ‘American.’

Coulter’s take on soccer and its American fans was greeted with disgust, derision and charges of explicit racism. Tweeters called it a parody, a piece of performance art, and a deliberate act of trolling to stay in the media limelight, among others. While the 52-year-old lawyer and conservative talking head has once again managed to create enough outrage to grab headlines, her disdain takes away from the achievement and hard work of Team USA. If loving soccer is not “American,” as Coulter says, being dismissive of the national team that is playing in the global arena, is even more so.

3 Responses to "Loving Soccer Is Not ‘American’ Says Ann Coulter"