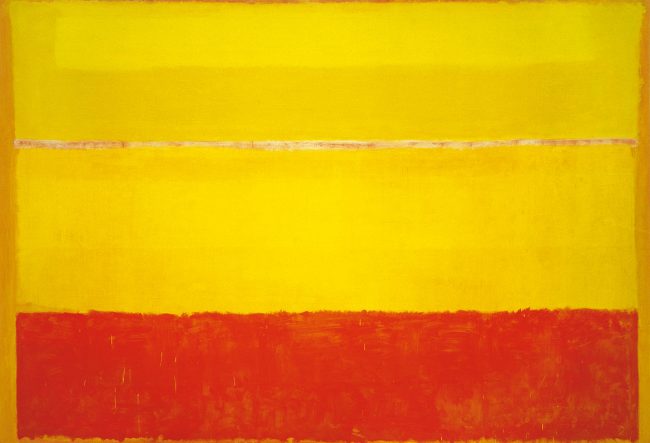 Mark Rothko was a tortured soul, yet he was able to create exceptional artwork with a lasting capacity to soothe and captivate his viewers. Beset by depression, and profoundly disenchanted by two world wars, he was passionately committed as a painter and invested his whole being in his art.

Although Mark Rothko was born in Latvia, he grew up in America. The 20th century American artist discovered painting relatively late in life. He left Yale University for New York’s Art Students League, studying under Max Weber, who encouraged Rothko to work in a figurative style similar to Cézanne.

In the late 1920s, the modernist painter, Milton Avery, influenced Rothko with his paint application and use of color. By the 1930s, Mark Rothko rejected conventional modes of representation, painting interiors with figures and street scenes. His work began to show signs of an emotional approach to his subject matter.

His lesser-known works from the 1930s illustrated haunting imageries of the New York subway – windows, portals and walls – functioned as “structural and expressive devices of confinement. “ He envisioned an affected disparity of extremes that were increasingly symbolic, flat and diminished.

He discarded conformity and adopted his “classic style” towards the late 1940s and early 1950s. Rothko opposed expounding on the context of his work, saying, “Silence is so accurate.” He felt that any spoken words would deaden the viewer’s mind and imagination. For Rothko, the reciprocity between the viewer and himself was of great importance. As Mondrian before him, he connected importance to the spiritual aspect of art. Rothko felt that, for both the artist and the public, an overpowering emotional experience was a transcendent form of inspiration, tantamount to spiritual revelation. 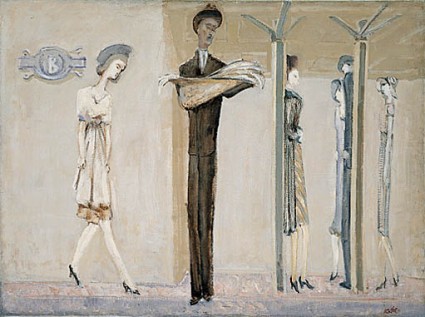 Rothko once commented, “The people who weep before my pictures are having the same religious experience I had when I painted them.”

The works created by Rothko are both impressive in dimension and astonishingly soulful and intimate in sensitivity. He supported a “process of reduction and simplification,” progressively expunging his canvases of all indications of “memory, history, or geometry.” He deemed them hindrances “between the painter and the idea.”

The artist painted large color fields on over-sized canvases until nothing was left but two rectangular shapes, one above the other.  With a palette, that he believed would call emotion to mind – from cadmium yellow, vermilion to Winsor blue, and Mars black – the effect came closer and closer in likeness as the dispersing forms seemed to float in an immense, inexpressible space. The vast rectangular monochromes seem to spread out over their canvases with the purpose of overwhelming the viewer as a landscape, but of the mind. By obscuring all suggestion of brush and palette knife, the saturation of thin washes of pigment, emphasized the mood and intensity to express universal human emotion such as fear and euphoria.

Rothko once commented, if the viewer is “only moved by color relationships [in the paintings],” then he is missing the intention. “I am interested in expressing the big emotions – tragedy, ecstasy, doom.”

Mental health issues eclipsed the last years of Mark Rothko’s life. His color palette became darker and more somber as time went on. In 1970, the painter, Mark Rothko took his own life.

The Gemeentemusem Den Haag is home to the Dutch painter, Piet Mondrian, and one of the artists that Rothko felt was “the most sensual artist he knew.” Some art critics even labeled Rothko as a “formalist who made blurry versions of Mondrians,” and it has been noted that Rothko was dismayed. In fact, he was influenced by the Dutch modern artist. The museum takes its Mark Rothko exhibit one-step further by underscoring the parallels and dissimilarities in the artistic growth of the first and second-generation pioneers of abstract art.

One Response to "Mark Rothko Exhibition at the Gemeentemuseum Den Haag"