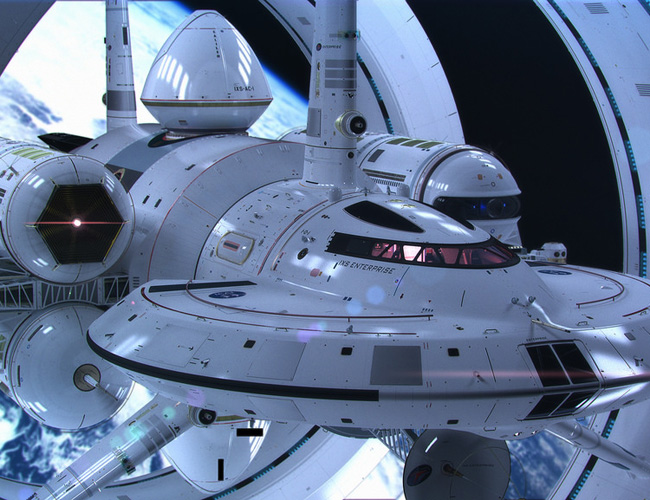 There was, at the very first, a gleam in the eye of a Los Angeles cop. NASA was not a decade old when law enforcer and script writer Gene Roddenberry unleashed his explosive imagination and industrious constitution on Lucille Ball’s Desilu Productions, creating a before-its-time televised world of enthusiastic interstellar spacecraft exploration defining humanity’s future. The uncredited star of Roddenberry’s Star Trek was the vehicle of conveyance for his crew of adventurers, a spaceship named Enterprise.

Some of the gadgets and technologies of Star Trek – transparent aluminum, communicators and universal language translators – seemed almost ridiculous at the time. Yet, in a cosmic blink of an eye, these ideas and others have become contemporary reality. Consider: Another 250 years remain before Roddenberry’s wished-for United Federation of Planets.

Two of Star Trek‘s signature technologies – teleportation and faster-than-light (FTL) spacecrafts – have recently received publicity as, just perhaps, being possible. Even as Albert Einstein’s sanctified Special Theory of Relativity precludes FTL travel, some are suggesting that the impossible has been proven wrong before. Exotic possibilities being discussed at NASA and other places include tachyons, wormholes, inflationary universe quantum paradoxes and, yes, space-time warping.

The challenges presented by faster-than-light travel revolve around the understanding that atoms are linked together by electromagnetic fields. Which just happens to be the very stuff light is made of. So, any craft attempting to break the light-speed barrier consists of the same stuff as the barrier itself. The question posed, then, is if it is possible for something to move faster than the very thing which keeps its atoms held together.

Enter NASA physicist Harold White, an interstellar spacecraft proponent who has been working with NASA since 2010 to find a work-around to Einstein’s Special Theory, specifically using the Alcubierre drive concept. That model speculates that faster-than-light movement might be achieved if a spacecraft could contract the actual space in front of it and expanding the space behind it. A successful Alcubierre drive would – in a massive hat tip to Gene Roddenberry – warp the fabric of space.

Dr. White spoke about the possibilities of an actual warp propulsion system at last year’s SpaceVision conference, a student-organized event in Arizona. He illustrated his thoughts with yet another Star Trek prediction, a “ringship” created by the original Enterprise‘s designer, Matt Jefferies. White’s ideas around Alcubierre theory dovetail with the ringship in that the rings would create a “space/time bubble” in which a ship would move forward.

In a desire to bring his speculative work closer to reality, White of NASA enlisted the talents of digital artist Mark Rademaker to provide a possible physical design of an Alcubierre-equipped FTL ship. The name of the craft, of course, is Enterprise and it unquestioningly bears resemblance to the fictional ship designs within the Star Trek canon.

Rademaker said that more than 2,500 parts had to be kept track of toward the design of the newest Enterprise incarnation. He was not allowed to add aesthetic details for their own sake; every detail of the ship had to be functional, he said.

Susan Sackett was Roddenberry’s Executive Assistant during the original television series and, later, Production Associate for Star Trek: The Next Generation. “Gene had a number of scientists giving input during the original series,” she told Guardian Liberty Voice, “as well as during all incarnations of Star Trek in which he was later involved. He thought it was very important to keep Star Trek as true to real science as possible. I’m sure he’d be delighted to learn that warp drive is a real possibility.”

Although interstellar spacecraft technology does not yet exist – and it is not actually even known if faster-than-light travel is possible – designs such as Rademaker’s could nevertheless represent a somewhat accurate portrayal of such a craft. NASA itself states that, even if hypothetical, getting around Special Relativity may, in fact, be achievable. 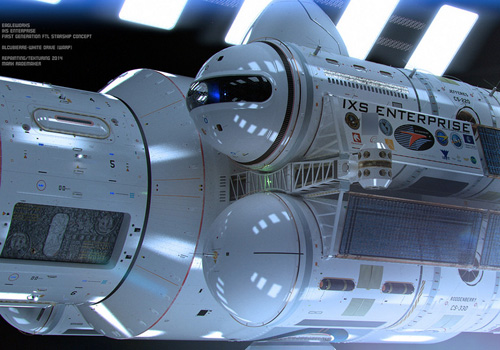 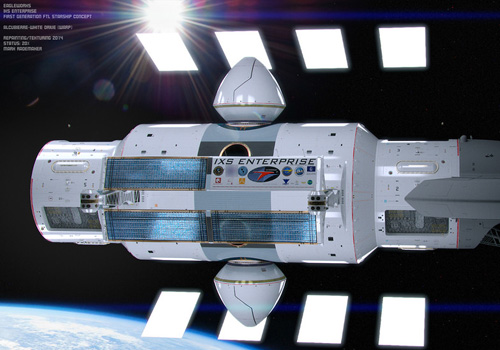 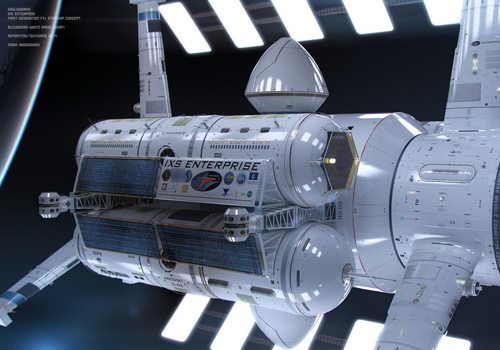