Nigeria: What It Can Learn From China 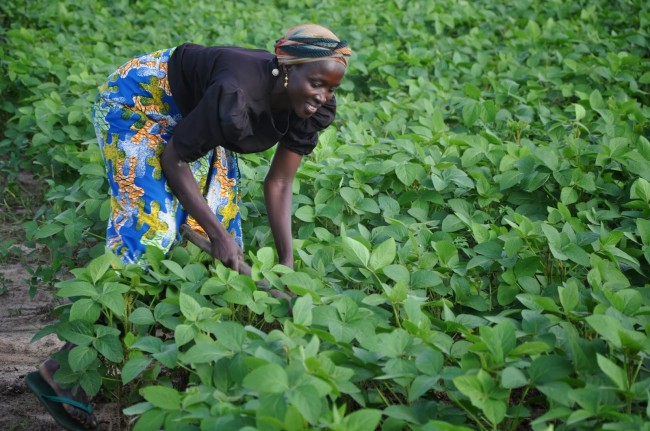 In terms of economic development, there is a lot that Nigeria can learn from the rise of China. The African country has had a very rough past but it is now one of the fastest developing nations in the world. Recently, it was declared that the country had surpassed South Africa as Africa’s biggest economy. The West African country is awash with natural resources like oil and a young population that can provide cheap labor. Though, it has taken the country such a long time to reach this point in history, Nigerians could easily lose the gains they have made if they do not take drastic measures to maintain the country’s upward momentum.

There are a number of challenges the Nigerian authorities and the people have to deal with to ensure that their rise to the top is not hindered. To begin with, they have to find a way to curb corruption, which has made many of the country’s institutions stagnant. Corruption exists in every country in the world- what differs is how these countries deal with it. Additionally, it is like a beast that needs to be fed to flourish. Corruption and poverty have a kind of symbiotic relationship where each depends on the other for its existence. That means poverty feeds corruption and corruption sustains poverty.

According to Transparency International, the battles against poverty and corruption should not be seen as separate agendas because they are “inseparably interlinked”. Thus, the poorer the population of a country, the greater the incidences of corruption in that country. As long as poverty exists in a country, rich politicians can always bribe their way to power without having any vision for the development of a nation. To fight this horrible situation, Nigerians will have to identify their strengths and use them to dig themselves out of poverty.

Nigeria could learn from some of the policies that China has implemented to curb corruption. The Chinese authorities started a crackdown against corruption last year. Many state officials, who were implicated, were arrested and sentenced to many years in prison. The most high profile person who fell victim to these crackdowns was the powerful government official namedJiang Jiemin. However, the two countries are very different and so Nigeria can only pick a few things from the Chinese anti-corruption campaigns.

Apart from the oil that foreign countries mine on their land, Nigerians have a very young population that could easily help the country to industrialize. Out of the current projected population of 170 million people in Nigeria, young people account for 43 percent of this population. Some experts believe that China industrialization could hold some clues that can help Nigerian authorities create jobs for this population. The Chinese industrial revolution started in the country’s agricultural sector. The country’s leadership gave rural households the freedom to manage land in the 1970’s and helped in the mechanization of farming from subsistence to large-scale agriculture.

Mechanization of farming raised the productivity of the farmers and raised their income allowing many of them to move to the cities. This, according to economic experts, created a steady migration of labor to the cities, which kept wages very low for more than thirty years. Most Nigerian farmers still practice subsistence farming and that is why they do not make a lot of money. If the country’s government could find a way to unite farmers in various rural areas and help them create strong groups that can be given loans to buy tractors, hybrid seeds and so on, then the agricultural sector could grow tremendously. The country already has large tracts of fertile land that the jobless youths can farm and gain from.

Nigeria can also learn how to create new markets for its products by applying some of methods China used to create trade unions with its neighbors. Thus, they will not just import goods made in the country to other continents but also to other countries in Africa. A booming agricultural sector and industry will provide jobs to millions of people in the country and aid the growth of the middle class. The big middle class in Nigeria will then hold the government accountable for the development of the country. Nigerians are very creative and many of them feel ready to take the country to the next level.