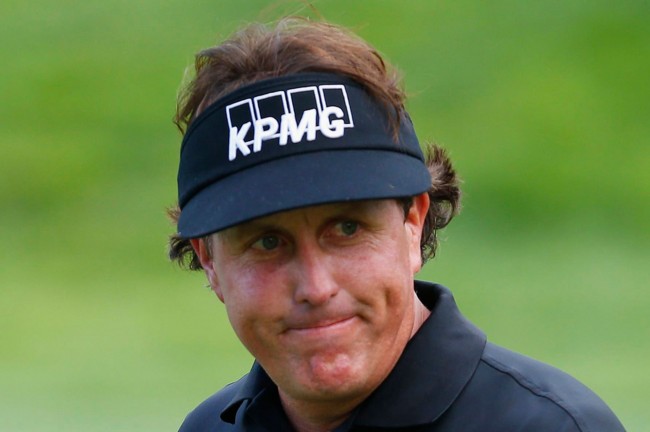 The third person in the insider trading investigation involving golfer Phil Mickelson, Billy Walters, has finally spoken up and, like Mickelson and billionaire Carl Icahn, is denying any wrongdoing in the probe. Walters, a Las Vegas developer and world famous gambler, told the Las Vegas Review-Journal on Monday the allegations are false. Since the probe was made known last Thursday, both Mickelson and Icahn have proclaimed their innocence, but Monday was the first time anything but “no comment” was uttered by Walters.

“I am innocent of doing anything wrong. It’s that simple.” Walters told the LVRJ’s Jennifer Robinson on Monday. He went on to say those who knew him best know that he would never get involved with anything like insider trading.He added that he has been active in the stock market for years “and no one says anything when I lose money or when I am not successful…certainly,” he says, “that’s happened, like it has to all of us.”

The investigation became public knowledge on Friday in stories printed by the Wall Street Journal and New York Times. The newspapers reported that Mickelson had been approached by FBI agents in Dublin, Ohio, Thursday about the case following his first round of the Memorial Tournament. The publicity in the case prompted a statement issued by Mickelson on Friday that he had “done absolutely nothing wrong.”

Icahn had a stronger statement, saying that even though he knew of Phil Mickelson, he did not know him personally and, in fact, had never met him. The fact that Icahn did not deny an association with Walters has led to the speculation that any stock tip, and suspected wrongdoing, in which Mickelson may have been involved, had been passed along by Walters, who is a golf-buddy of Mickelson. Icahn’s involvement in the affair centers on a bid which his company put in to buy Clorox three years ago. Investigators were interested in the fact that both Mickelson and Walters had placed similar trades on Clorox future bids at around the same time.

Even if it is proved that Icahn did, indeed, pass along information of the attempted takeover, he still would not have necessarily violated insider trading statutes. The feds would still have to prove the billionaire breached his fiduciary or confidentiality duty by disclosing material that was not publicly available. Ironically, the sudden popularity of the investigation may hurt it in the end. Secrecy in cases like this is crucial to the Justice Department in using wiretaps, recordings and consensual witnesses.

One more offshoot of this public investigation is what effect, if any, it will have on Mickelson’s golf sponsorships. The 5-time major winner has had signed deals with KPMG and Barclay’s since 2008, and has been with Callaway Golf for 10 years. According to experts, Mickelson’s high rank on the PGA Tour and long-term relationships with his sponsors will probably keep him in good standing for now. For its part, Callaway issued a statement over the weekend saying, first of all, since the investigation had nothing to do with their corporation, it would have no comment on the charges. They did say, however, they “would like to note that we have had a long-standing partnership with Phil and value our relationship with him.” Their final sentence said, “We continue to support him during this challenging time for him and his family.”

Mickelson was in North Carolina on Monday, getting a look at the re-worked Pinehurst, No. 2 golf course in preparation for the U.S. Open which begins next week. Mickelson needs a win in the U.S. Open to add to victories at the Masters, British Open and PGA Championship to complete his personal grand slam. He will be playing this weekend in the St. Jude Classic in Memphis to tune up for Pinehurst.