Raising the Heat for 5 Seconds of Summer [Review] 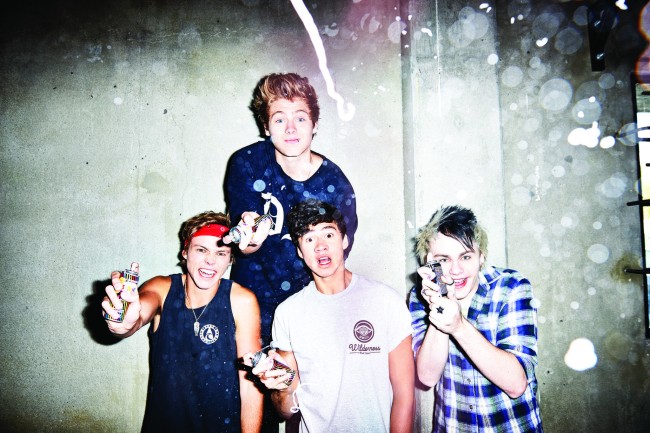 There was probably a time when 5 Seconds of Summer did not see any of their current success coming. Formed in 2011 and originally covering other artists’ songs on YouTube, their lives were changed when they were picked to be the opening act of a tour headed by One Direction (both groups share the same management team, Modest!). Within the span of a year, those performances would catapult the group to popularity that they only once dreamed of. Whether or not they were expecting it, their time is now and the heat is on, especially with the anticipation surrounding the release of their first full length, self-titled album.

Admittedly, they have a bit of an uphill battle ahead of them. They must first prove they have what it takes to stand on their own while staying true to fans that have stood with them since their humble beginnings. On top of that, they must be interesting enough (at least musically) to bring in a new fan base to help them thrive. Their first single, the instantly catchy She Looks So Perfect, reined in those new fans and even caused a sales spike for American Apparel underwear. Unintentional product placement aside, the song did its job, giving 5 Seconds of Summer their first top-five charting hit.

The second single (in non-US territories) and track on the album, Don’t Stop, picks up the momentum. The fun come-ons of lead singer Luke Hemmings add to the thrill of the number. “You’re like perfection; some kind of holiday,” he sings. The group pushes it to the limit with innuendo (“every time you move to the beat, it gets harder for me and you know it”), but it never comes off as being overtly crass. One listen will make it obvious why this was chosen as a follow-up to She Looks So Perfect.

Beside You, one of the slower numbers, changes the course without losing the power. Showing off a bit of a romantic side, the track manages to best more than one feat. For starters, it is actually a new take of an older song from the boys’ discography (it was originally recorded for their Somewhere New EP, back in late 2012). Listening to the two versions of the song, the way the group has matured in such a short time is quite evident. 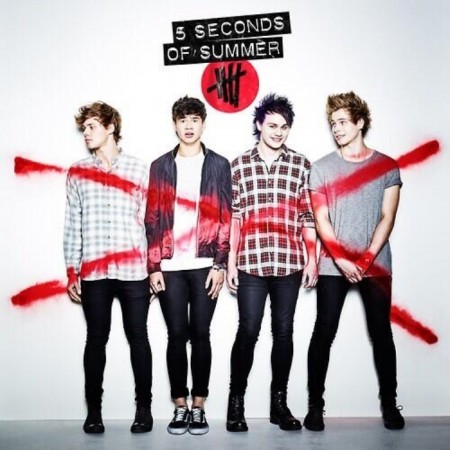 It also pushes another band mate, Calum Hood, into the forefront for the opening vocals. All four boys (including guitarist Michael Clifford and drummer Ashton Irwin) are equally talented in their vocal abilities. Their previous EPs for She Looks So Perfect and Don’t Stop have different versions of those songs with other members taking the lead. All four young men have moments to shine on this album and rightfully so.

They repeat the “second take” feat once again with Heartbreak Girl. The upbeat song was originally released as a single in 2013 before they were attached to a major label. Think of it as the “boy version” of Taylor Swift’s You Belong With Me. Unlike Swift’s take, however, the 5 Seconds of Summer version will make you feel less guilty for singing along to it.

The most surprising number 0n the album would be the simple, yet touching Amnesia. The emotional track relates to something everyone has been through: when your ex moves on before you do. Part of it is anger, but it is really regret and sadness.  The vocals definitely manage to equate to the emotional pull of the lyrics. “I wish that I could wake up with amnesia,” the boys croon in harmony, “and forget about the stupid little things.” It is the little things that count and Amnesia is undoubtedly something to remember.

If the group was hoping to build a bridge between the old and the new, they have definitely succeeded in the task. There is a bit of a punk-pop mash-up throughout most of the album and it works in their favor. It is loud enough to blast when you want to thrash around your room, but it is blended well enough to show that 5 Seconds of Summer have something good going on here. They should thank One Direction for their help, but they should also prepare for the onslaught that they definitely could have achieved without it.

Note: This is a review of the international version of the album, which was released on June 26. The American version will be released on July 22.