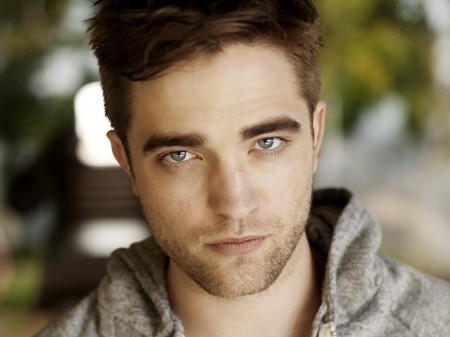 The most recent news about Robert Pattinson deals with his being homeless and that he will not be playing a young Indiana Jones or Han Solo; but one part the English actor will be playing is that of the mentally challenged second fiddle in the Australian dystopian film The Rover. Of course the main star of the film is another English/Australian actor Guy Pearce, who hails from Ely, Cambridgeshire in the United Kingdom. Pearce immigrated to Australia at the ripe old age of 3 from the rural area he was born in. For a change Pearce will playing a role in his “original” Australian accent but Pattinson, as per usual, will not.

The 28 year-old London born actor shot to international stardom while working on the tween favorite franchise of Twilight. As the sparkling American vampire, his real accent was never required. Just as it is not needed in this new film by Australian director David Michôd (Animal Kingdom 2010) where Robert plays an American from the south whose mental capacity is below the norm.

The Rover is an apocalyptic/dystopian film set in the 10 year aftermath of a worldwide financial meltdown. Despite the all too real aspects in terms of backdrop to Michôd’s film, it is not a “big picture” film that attempts to deal with this financial world ruin on a grand scale. Instead, the movie alludes to the wider reach of the Australian outback being filled with immigrants who flock to the country to work in mines.

The inclusion of the American accent as well as a few other non-Aussie roles is the only acknowledgement to the outside world’s bigger problem. The film focusses on Guy Pearce’s character Eric and Robert Pattinson’s character Rey.

Michôd himself has admitted that critics will automatically expect to see a Mad Max sort of world. The director says that is to be expected where the main players in the movie happen to be driving vehicles in the middle of the outback. Of course Max did not have Robert Pattinson playing a mentally challenged second fiddle, but The Rover does.

In The Rover Eric, played by Pearce, has his car stolen by a gang. In his pursuit of said gang, the car owner meets the younger brother of the thieving gang leader Rey, played by Pattinson. While comparisons with the older Australian Mad Max classics will be made, it does not appear to have much more in common with the 1979 film apart from the dystopian location of country. There appear to be no motorcycle riding, makeup wearing wackos terrorizing the more “normal” citizenry.

In the trailer, it seems that everyone in the film have left normal behind a long time ago. Australian films have an innate ability to throw the “dregs” of any society in the “Land Down Under” on celluloid and, apart from freaking out the non-Aussie audience, serve to show the real underbelly of society. It feels as though all Australian filmmakers take lessons from Japan’s Takashi Miike, whose films all feature the parts of Japan that no one really wants to own up to.

Robert Pattinson, who has made no secret of the fact that he hated playing Edward Cullen in Twilight, has said very little about his appearance in The Rover thus far. Playing second fiddle to Guy Pearce and portraying a character who is mentally challenged is obviously a move up from the his glittering vampire love interest. Although not quite as big budgeted and without the tweenie audience, it certainly looks to have more substance than the “vampires without bite” films. Have a look at the trailer below.