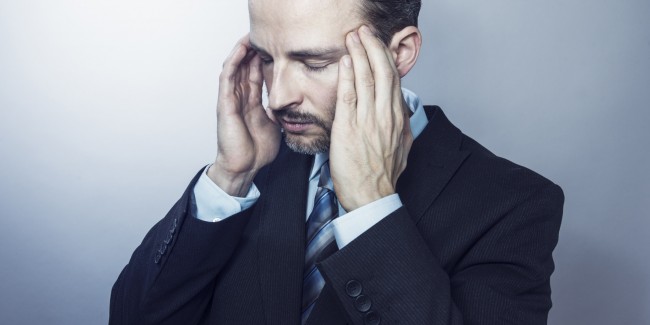 Stress could affect men’s fertility levels, according to a recent report. The feeling can lower the concentration of the sperm, so there are fewer trying to reach an egg. The sperm that is released is more likely to be slow or misshaped, which causes problems with conceiving.

This is not the first time that this feeling has been linked to infertility. In March 2014, results from a study showed that stress also affects a woman’s fertility. However, the National Health Service (NHS) in the UK points out that there were many limitations to the study. The levels of the hormones were only taken on two occasions, which does not show the reality of this feeling throughout a woman’s lifetime, or during the periods that she is trying to conceive.

There are also possibilities that the pressure during the study caused alleviated hormone levels, which would cause the results to be skewed. The NHS states that that March study does show that there is a correlation, but that it may not be as detrimental to a woman’s fertility as reports made it out to be.

Baby Center’s gynocologist and obstetrician, Hamed Al-Taher does point out that stress can be a factor in women’s fertility. This is because it can cause the body to release an egg (ovulate) later than normal, and getting the right timing is essential for couples trying to conceive. He also states that it affects the testosterone levels in males, which affects sperm.

With this most recent report, the researchers made it clear that the levels of the hormones do not directly affect fertility in all men. They are just contributing factors, and other elements could affect fertility. This was shown in a study from Harvard University recently, where process meat was linked to poor sperm quality. Watching TV and being overweight have also been liked to fertility issues.

However, right now it is clear that stress can cause fertility problems in men. Those who experience two or more events in a year could find their sperm’s count and quality are affected.

There were certainly some limitations to this study. The first is that the men were between the ages of 38 and 49. While there are some men trying to have children with their partners at this age, men between 18 and 38 should have been part of the study. The average age of men becoming dads for the first time is certainly going up, but having a good range of participants would have offered a better view of how stress really affects fertility.

It is difficult to get rid of this feeling. In fact, trying to get pregnant can cause the hormones to increase on their own. This is then added onto the feelings from the workplace, at home and other aspects in life. However, it is important to relax and stop worrying about it. Too much of these hormones flowing through the body are harmful anyway, and are linked to other problems like insomnia and weight gain. Studies are now proving that stress is linked to fertility, and affects it in men and women.