Tesla Motors: Who Was Nikola Tesla? 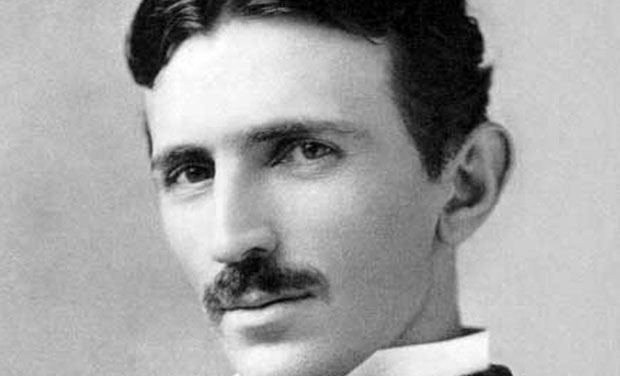 Much has been said of Tesla Motors entering talks with Nissan and BMW about creating a better charging network, but there are still a few that do not know who Nikola Tesla even was. Tesla Motors created their first vehicle, the Tesla Roadster, based on all the original designs from Nikola himself. Nikola’s 1882 Alternating Current(A.C.) motor, the design of which Nikola said came to him in a vision, was given a few upgrades by Tesla Motors and, in 2008, had been transformed into a 248 hp beast. Although the car is relatively new, Nikola himself is long gone.

As the lightning struck and the thunder shook, the legend goes, at midnight between June 9 and 10, Djouka Tesla gave birth to a son that would shake it harder than any thunder before it. In 1856 Nikola Tesla began a simple life with his family in Smiljan, Yugoslavia. Though he did not know it the lightning above would serve as a symbol for defining his life. As Nikola Tesla grew up with his three sisters and one brother, he attended school just like every other child. Until his moving to Karlovac, in 1870, he had not yet shown any interest in math or physics. Once he began attending what was called “Higher Real Gymnasium”, he met a man by the name of Martin Sekulić, a man who would change the path of Nikola’s life forever.

Nikola’s father, Milutin Tesla, was bent on him becoming a priest and following in his footsteps, but in 1873 after his returning to Gospić and contracting Cholera Milutin promises Nikola that he will send him to an engineering school if he recovers. After nine months of fighting the disease Nikola recovers and, in 1875, he enrolls in the Austrian Polytechnic School in Graz on a Military Border scholarship. After maintaining high marks in his class Nikola, in his second year, has a conflict with one of his instructors and by the end of the year had picked up gambling. Finally, by the end of his third year Nikola began missing lectures and eventually dropped out altogether. Clearly he had not yet become the man who Tesla Motors was named after.

Some years later Nikola finds himself in Budapest working for the Budapest Telephone Exchange, and inventing some improvements to the system they were using at the time. One year later Nikola finds himself obsessed with a problem related to the A.C. motor, and has a metal breakdown. It was said at the time that he may not live much longer, but one day, while walking through a park Nikola solves the A.C. motor problem and draws the diagram right there in the sand. Two months later Nikola found himself working for the Continental Edison Company, that’s Thomas Edison. After getting approval for an automatic regulator to improve on Edison’s dynamos, Nikola expected to get paid, but he was transferred to France before that could happen. This was just one of many times that Nikola Tesla was promised payment that never arrived. As years pass and Nikola’s work for Edison continues, he is credited for 24 inventions that replaced original Edison designs. The final straw came in 1885 when Edison offers Nikola $50,000 USD if he can improve on Edison’s D.C. dynamo. He made improvement beyond even what Edison could have imagined, but Edison refused to pay Nikola for the improvements and Nikola quit.

This is not a complete history of Nikola Tesla of course. He had a very rich life after working with Edison, and continued to invent later on and was paid over $25,000 USD for selling patents to George Westinghouse for his A.C. Polyphase System. While he has not received much of the credit he deserves, Tesla Motors has done a wonderful job of helping the world to know Nikola Tesla’s inventions, but more importantly, who he was.

4 Responses to "Tesla Motors: Who Was Nikola Tesla?"