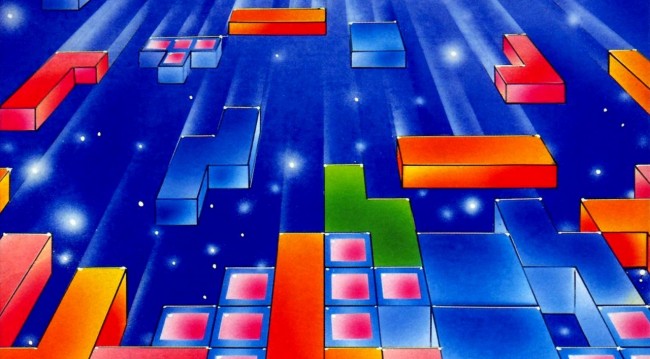 Tetris turns 30! Many individuals, gamers and non-gamers, have all come across Tetris throughout the past thirty years and the game is still undoubtedly popular today. Mark Zuckerberg, Steve Jobs, Steve Ballmer and even Bill Gates are among the most prominent names in the technology world. All have their inventions and creations bound to their names. How does Alexey Patijnov rank in this widely known group of individuals? Thirty years ago Alexey Patijnov, who was no more than an ordinary programmer in the USSR, began constructing a computer game whose revolution may be one of the most significant in gaming history. Tetris is certainly still growing and to most, it is still the most popular video game thirty years later.

In 1984, Patijnov chose the name “Tetris” from combining the Greek word “tetra” which translates to four with the word tennis, his favorite sport. Initially, there was not any intention nor drive to create a booming game for any type of profit or praise, and it was simply all just for fun.

Tetris started from Patijnov’s computer in Russia and spread rapidly all over the country once he shared the program with his friends. The game then traveled throughout the continent and within two years, Tetris became an international sensation whose legacy is still growing strong. Everyone had the skill to play the game. It did not consist of a plethora of rules and goals one needed to memorize in order to play what seemed to be a never-ending puzzle with catchy music. Tetris was a popular, simplistic and most addicting game, as it still is today thirty years later.

Patijnov came across many hardships in securing ownership of the game and needed to handle the legalities of his creation faster than expected. There were already many different versions of Tetris evolving throughout the many programming and software companies within the gaming society. Atari, Apple II, Commodore 64, Nintendo and other big names were beginning to construct duplicates of Tetris. Eventually, Andromeda representative Henk Rogers wanted to help Patijnov prevent anyone else from receiving the fame and fortune for what would be known as one of the greatest games of all time.

In 1988, there were a growing number of versions circulating throughout Europe. The USSR vowed to help Patijnov and created Elektronorgtechnica. This helped market the game and provided a legal way to sell Tetris with ownership rights. Tetris blossomed all over the world, and it was not until ten years later that Alexey Patijnov began to receive his share of earnings.

Today, Tetris still expanding and its growth remains among the highest. With video game programming still being a top career choice, the competition remains strong. Tetris has come a long way as far as providing updated versions, but the game has very little modernity and yet still is quite successful. The overall concept stayed the same, and the original music still draws the attention of its players.

There are countless versions found on every piece of technology possible. No matter where one lies in this thirty year time span, Tetris has become that go-to game and still attracts gamers of all ages and races. Gamers enjoy the addictiveness of the game on their long international flights, their shorter work commutes on the bus, or even breaks in between classes. There is no doubt that Tetris is still the most popular game thirty years later.