The World Cup and Gambling 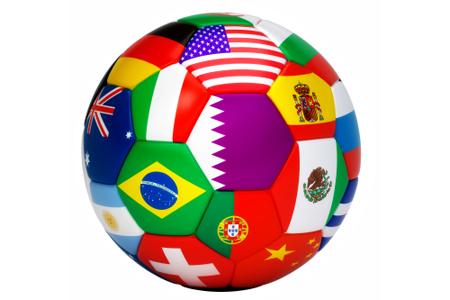 The World Cup has kicked off, the biggest sports event in the world, and along with the World Cup soccer, comes the World Cup gambling. Every four years, the world turns its eyes to the lucky, or unlucky, depending on whom is asked, city that is hosting the World Cup. This year, that city is Rio de Janeiro in Brazil. As with any sporting event, however, another city is just as busy, and that city is Las Vegas.

Gambling on the World Cup is big business. Billions were spent on bets in the last round of games in 2010, and expectations for this year’s Cup is no different. Soccer fans around the world will bet on their favorite teams, dropping big bucks on group standings, individual wins, or even ties. Teams that are bringing in big bets are Brazil, heavily favored to do well on their home turf, and backed by the sport prognosticator to beat all sport prognosticators, Nate Silver. Also heavily favored by fans is Argentina, although Silver doesn’t necessarily agree. He gives Argentina around a 13 percent chance at winning the whole thing. Silver’s use of sabremetrics and other statistical tools may seem like he is giving out sure bets, but nothing is guaranteed.

Like the Super Bowl, some of the most entertaining bets to make on the World Cup are the prop bets. Prop bets are bets made on certain conditions that can occur during the game. For example, online sports book William Hill offers bets on total goals scored, total number of corner kicks kicked, and number of games with over 2.5 goals scored In 2010, a spokesperson for William Hill said that their big bets used to be on things like the clor of David Beckham’s hair, but things have changed, with the prop bets becoming more directly related to the games being played.. These are the kinds of bets a person can make when they have no soccer knowledge, but still want to keep a rooting interest in something.  For those curious, there are six to one odds of a player failing a drug test during the games.

Though there is much money to be spent on betting on the World Cup, there are some places that frown on that sort of thing, some so seriously that busted gambling rings can be arrested. In Phuket, Thailand, police have already busted one gambling den, and arrested one man and five computers. In Kuala Lampur, the police are most worried about the use of smart phones. As gambling gets more high tech, smart phones may be the least of the police’s worries in these countries.

Bitcoin enthusiasts are using their digital currency to bet on games, a non-traceable, non-taxable way to make money on the World Cup. And while the amounts of Bitcoins to be won or lost may seem miniscule, because of the way the cryptocurrency works there is a lot of money to be made in them.