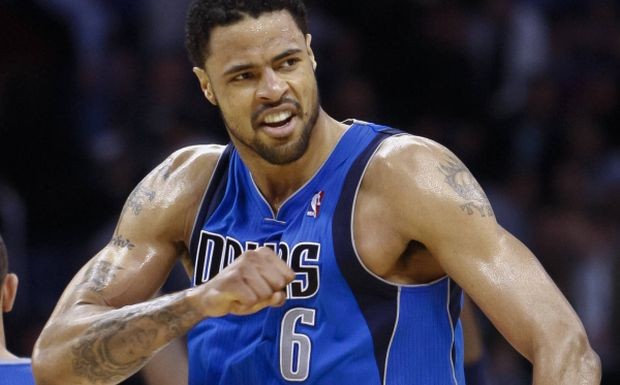 On June 11, 2011 the Dallas Mavericks did the impossible. They beat the hype machine of the Miami Heat that had within one year reached the NBA Finals due to the alignment of LeBron James, Dwayne Wade and Chris Bosh. Dallas had always been that franchise with a plethora of talent, but yet they always seemed a piece short of winning a championship. This all changed the previous summer when big D traded for Tyson Chandler, a quality defensive big man that always seemed to be the thing that the Mavericks had lacked.

Despite a championship in hand and promise of future runs, instead of re-signing the center for more money, owner Mark Cuban elected to let him walk in hopes of another marquee free agent, but unfortunately it did not quite work out. Accordingly, the Mavericks suffered a drastic decline and barely won more than 50 percent of their games. Now, three years later, Dallas has elected to bring their championship center back in a trade, thus possibly hinting that letting him go might have been a mistake from the beginning.

Considering Chandler helped bring Dallas their first championship, he was one of the most significant players on the Mavericks. This is why it still is a head scratcher as to why owner Mark Cuban was reluctant to re-sign him to a heftier contract. Of course Cuban was attempting to go for point guard Deron Williams, which ended up blowing up in his face. Instead, by electing not to pursue Chandler, Cuban essentially dismantled a championship squad for no reason at all. Instead, Cuban brought in an unmotivated Lamar Odom, the erratic Delonte West and inserted the inconsistent Brendan Haywood into the starting lineup. As a result, the Mavericks became victims of a sweep in the first round at the hands of  the Oklahoma City Thunder.

It is without question that one of the most difficult positions for Dallas to fill over the years has been center. From the scrawny Shawn Bradley, to the overpaid Erick Dampier and, most recently, the inconsistent Samuel Dalambert, the position has often been the weak spot. Chandler, of course, is the exception. While he is no double-double machine like Dwight Howard on a nightly basis, he is a force to be reckoned with at the rim. His superior strength and timing compared to most centers is what makes him so coveted and allows a player like Dirk Nowitzki to have a partner in the frontcourt so desperately needed by these Mavericks.

As great as Chandler was on the championship team of the Dallas Mavericks, there have been significant changes since he left. Gone is Jason Kidd. Gone is Jason Terry. Most likely gone is the deteriorating Shawn Marion. In fact, the only player who remains on the squad is future hall of famer Dirk Nowitzki. That said, while Dallas only made it to the eight seed in the west this past season, they were remarkably more impressive in the playoffs by pushing the championship San Antonio Spurs to a Game Seven in the first round, a major turnaround from a season previous when they did not make the playoffs. They appear to be a team poised to be on a championship run with the one-two punch of Nowitzki and guard Monta Ellis. Additionally, if this year’s playoffs mean anything, Devin Harris appears to be back in form. If re-signed, Vince Carter is one of the best sixth men in the league, and there might even be that possibility of Carmelo Anthony signing to make them even more of a contender.

While Dallas has changed in terms of personnel, Chandler has slipped as well. Last season the former Knicks center averaged 8.7 ppg, 9.6 rpg and 1.1 bpg. While those serve as slight drops, it should not be something to be of great concern for Dallas who would still be getting a major upgrade at the center position. What is bothersome for the Mavericks is that Chandler only played 55 games last season. Chandler is still only 31, his health appears to be deteriorating, and without having him on the court, Dallas may have no chance of pursuing a second title.

Mark Cuban, one of the most infamous owners in all of sports, may not let his ego admit it, but this most recent trade to bring back Tyson Chandler appears to serve as an admission that he made a mistake in 2011. As great as it is to see the center back in the blue, silver and white, it makes one wonder if it is too late. Will Chandler be able to come back from his injury woes? Will he be that piece that Dallas so desperately needs in order to bring in a top free agent and win a championship? Only time will tell. That said, it definitely is a step in the right direction.