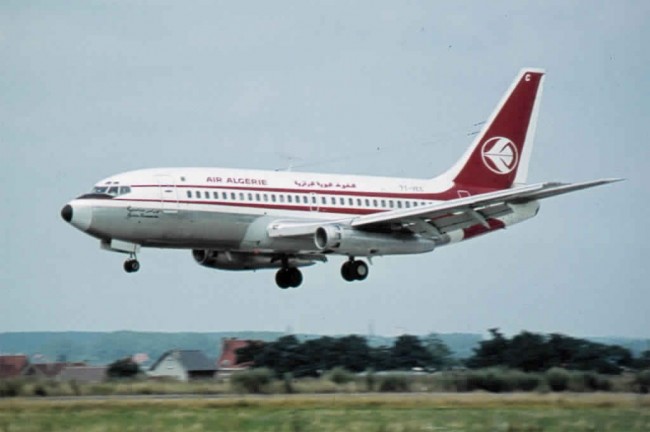 French troops, who reported the wreckage of the Air Algerie flight that was recovered in Mali on Friday reported that it left no survivors. Flight 5017, they said, seemed to have disintegrated over Mali and a second black box has been recovered from the remains. Pictures of the wreckage at Gossi, a location near the border between Mali and Burkina Faso showed parts of the wrecked flight scattered over a small area in the northern Mali desert. Flight 5017, which disintegrated within 50 minutes of its take off on early Thursday, from Ouagadougou, the capital of Burkina Faso reported a final death count of 118, including the six Spanish crew members.

Of the 118 people reported as casualties in the crash, there were tourists, humanitarian workers, expatriates from Europe and the Spanish crew of six. It was reported that 54 of the passengers were French, ten of them from the same family. President Francois Hollande told journalists on Friday morning that the incident was a tragedy for the French nation and the others. He also expressed his condolences and shared sentiments of sorrow with the families and friends of the victims.

France 2, a French television station aired an aerial video of the crash site that looked like a crater in the sand. The debris was suggestive of the fact that the plane hit the ground at high speed, shattering it beyond recognition. The witnesses described the plane as pulverized, noting that there was no trace of luggage, seats or human beings. Ten members of the Reynaud family, belonging to three generations, were among the victims of the crashed flight over Mali. Two sons and their wives, with four grandchildren, along with the Reynauds were among the victims. The family returning from Burkina Faso  had attended a family wedding and were heading home. The Air Algerie flight that left no survivors is the latest tragedy in the aviation industry The involvement of international crew and passengers is forcing both France and Mali to spring into action.

Officials in Paris reported that the accident was most likely caused by tumultuous weather and the crash indicated that the plane might have hit the ground intact before the wreckage spread over the limited area of the African desert. Frédéric Cuvillier, the junior minister for Transport France, in an interview aired on France 2 ruled out any ground strike from the start of the investigation into the crash. President Hollande reported that they found the black box and data is being analyzed to explain the tragedy. The French assured Mali of its full cooperation in the investigation of the crash, when Mr. Hollande spoke to Mali’s president Ibrahim Boubacar Keita via phone.  Offering to repatriate the victims’ bodies, seeing that most of them were French and dual citizens was the main focus of the conversation.

Mali will head the investigation of the crash, following international rules, as France’s team of experts from the French Bureau d’Enquêtes et d’Analyses(Bureau of Investigation And Analysis), are expected to arrive by Saturday to take a more significant role in the international inquiry. The crash of Air Algerie flight 5017, a Boeing MD-83 was first found by soldiers of Burkina Faso, who discovered the hull burned badly with bodies in the late hours on July 24. Gen. Gilbert Diendéré, Burkina Faso’s chief of staff, told local media that his troops found the scattered and burned remains of the plane in the remote area. Videos taken from the site by the troops, were aired later in the day in France. Bernard Cazeneuve, the interior minister linked the crash to due to  weather, in a radio interview with RTL (Radio Télévision Luxembourg). Laurent Fabius, the foreign minister said that the powerful active storms in the region may have caused the crash, as the plane lost radio contact with the air traffic controllers.

After taking off on early Thursday from the capital city of Ouagadougou, Burkina Faso to Algiers, the government in Burkina Faso confirmed that the flight’s last known contact with ground control was recorded a few minutes after they had exited the northern air space of the region. The Spanish crew, who worked for the Spanish company Swiftair seemed to have contacted controllers in Niamey, Niger to report storms they encountered in .

The aviation industry is already challenged with earlier instances of crashes. Two Malaysian flights MH370 and MH17, followed by the TransAsia Flight 222 crash in Taiwan on Wednesday have already wreaked havoc. Air Algerie flight 5017, crashing on Thursday, leaving no survivors, is ill-timed. The chaos is amplified for the aviation industry as  flights have been suspended over Ukrainian and Israeli airspace to avoid aerial warfare and further casualties.