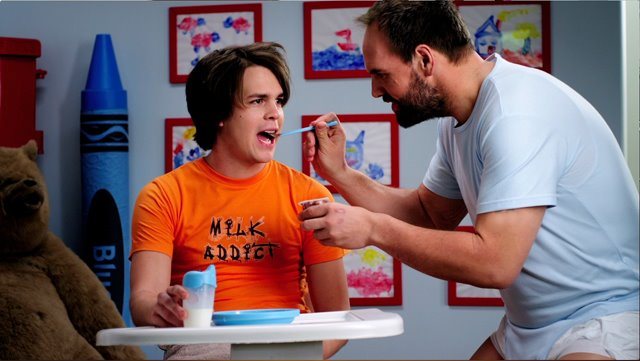 Everyone knows that the United States of America was founded in 1776, but since then it has had a Peter Pan-like aversion to becoming a full-grown adult nation. Other than people who are jealous of the United States’ success, or have been at conflict with the America no one will ever contend that America is the greatest country in the world. No matter how many countries people visit, no country has the appeal and comfort offered by the United States. People may claim that other countries and cultures do some things better, but never will they say that any of those small things make the other place better as a whole. Millions of people are willing to risk their lives and livelihood just for the chance to live in the United States. However this is not to say that the country is absolutely perfect, things can always be improved upon. The problem is that America as a country, shows many symptoms of Peter Pan Syndrome, it has categorically refused to mature and take responsibility for its shortcomings.

America represents the coolest kids in school. So cool that even the older students and teachers just want to be around them. Other kids follow intently on the cool kids actions, doing their darndest to try to be part of their click. Whatever the United States of adolescents does will spread like wildfire around to all the other people in the school. As such, America has created its own Neverland and appointed itself Peter Pan, by purposely flunking classes to stay in school. Instead they have taken to learning how to become cooler and cooler.

All the other kids are doing their best to emulate their heroes, the cool kids. That said, kids are finding new ways to copy them, usually by filming them and  listening to them and their music, so they can better emulate their trends. If America dresses in a certain fashion on television, all the other kids will try to dress the same in efforts of being accepted. It has gotten to the point where the U.S. fuels the fire and has taken over the class and started to offer cool kid courses. They have started filming themselves and charging other kids to watch so they can try it at home. The homework is to try to copy the trends to their best ability, the closer they get the better their coolness score is. The problem with this is that the immaturity is spreading, which is causing even the more mature students to devolve. It will not be long before the whole school has Benjamin Button Syndrome.

Many immature kids like to fight, the U.S. is no exception. If America starts to pick on an unpopular kid, all the other kids still trying to stay in U.S. good graces will follow suit, while the weird unpopular kids will stand up for their brethren. However, it was not always this way. When America was smaller they tried to police all of the kids in their neighborhood until reaching point where they no longer wanted to take care of other kids problems. Though that was short-lived. Once World War I took grip of the school, they had no choice but to pick a side when the conflict was getting close to home. World War II was similar, they wanted to abstain from fighting, but were dragged in any way. It was not until one of their own took a hit, that they decided to come out swinging. After feeling like the hero in both world wars they decided to revisit their policy of policing others, except this time they managed to reach a global scale. The issue here is that, while their intentions are good they have started sticking their noses in places they do not belong, causing animosity to replace some of the admiration.

Like Peter Pan and the popular kids, America has started to want more toys and more kids around, which is only feeding their syndrome. While the U.S. is accumulating more toys, more kids are trying to join the click. But the cool kids do not want to share their hard-earned toys, nor do they want mooching kids sleeping over at their house. Though it other kids are not the most pressing of concerns as they help out many times. The biggest issue looming over the cool kids is that, they are starting to create a mess so big they do not want to fix it. But instead of coming together as a group to fix the problem as a whole, they start to team up and point fingers at each other, blaming one another for the mess. The kids with the most money usually refuse to do any work, so they find the team leaders and pay them to get the rest of the team on their side. Eventually it turns into two evenly matched teams battling it out in a stalemate. One who would like to clean the mess, and another who could care less and wants nothing to change. The trouble with the cool kids is that many times, a vast majority listen to the rich or really cool minority, without even questioning their statements. Categorically refusing to accept the scientifically proven information contradicting their false truths.

Sadly, if the trend continues the children will grown to be adolescents who still think like children, and the only people who are going to suffer are the adolescents’ and their children who have no choice but to clean the mess up, before it becomes a global catastrophe. The paramount issues the cool kids face are; global warming, debt and an education crisis, and those problems will affect the whole school if gone unchecked. So the U.S. needs to mature out of their Peter Pan syndrome, because improve America will save the world.

One Response to "America Has Peter Pan Syndrome"