By Bryan Levy on July 28, 2014Comments Off on Annuity Burglar Case Thrown out 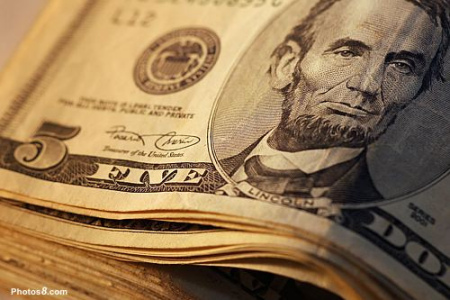 A former Californian insurance agent called the Annuity Burglar has had his case thrown out by a judge. Alan S. Lewis was arrested and charged with 29 felonies and a misdemeanor related to his selling of annuities to seniors. Lewis spent four months in jail while awaiting his trial.

Alan S. Lewis was charged with multiple embezzlement charges that stem from surrender charges from his clients. Lewis sold his clients one annuity when he was working with a company called Family First. The company and the annuity eventually came under a class action lawsuit, leading some clients to want to get out. Lewis then offered another annuity to those who were worried about the suit. These clients then incurred surrender penalties, for which Lewis was charged with embezzlement. When Lewis began to feel uncomfortable about the second annuity, he then offered the clients a third annuity. Prosecutors maintained that this constitutes “twisting,” or changing one annuity for another based on false information coming from the broker. Since some of these meetings with clients would also take place in the client’s home, a charge of burglary was also added.

Lewis’ path to arrest was long and winding. After leaving Family First and the annuity business in 2009, he moved to Tennessee, where he suffered from depression. About a year into his time in Tennessee, he began to receive calls from California investigators seeking information about his business practices while selling annuities. His depression worsened, and he found himself facing a divorce and living on the streets of Nashville. In 2013, while living with his parents to get his life back in order, Lewis was charged in California and a warrant was issued for his arrest. A routine traffic stop in Houston revealed Lewis’ arrest warrant, and he was sent back to California to await trial. This was in April of 2014. On July 10, Lewis was released, with all charges dropped.

The importance of this case lies in the precedent that it could have set for people selling annuities. At the heart of it was the idea that selling an annuity with a surrender penalty is something that could get an agent arrested and imprisoned. By arresting a person just for selling annuities that had even been approved by the state opens an entire industry to persecution. Add in the fact that Lewis never kept any money he was not entitled to, and the whole case gets a lot trickier.

Jailing those who sell annuities for practices that are legal and approved by the state puts not only the person selling the annuity at risk, it may keep others who want to buy fixed annuities from doing so. If those who sell the annuities do not feel comfortable doing so, the customers can’t buy them. These annuities are deemed insurance products, and are regulated as such. For the courts to go after the sellers of annuities with surrender penalties, it would get in the way of the seller’s right to earn a living, and the buyers right to protect their financial future.

Luckily for Alan S. Lewis, the Annuity Burglar, his case was thrown out in court. Whether or not courts continue to prosecute other sellers of annuities remains to be seen. Doing so, however, would have a troubling impact on the insurance industry.