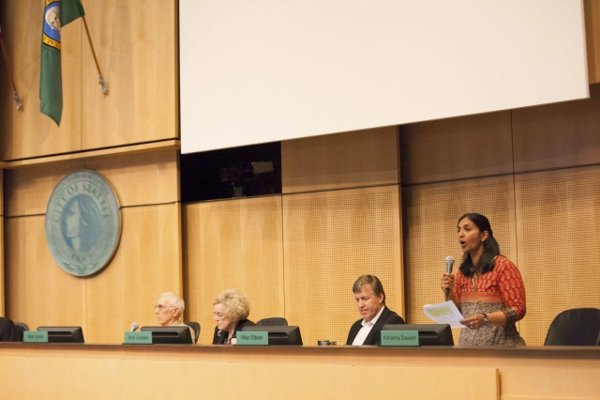 The federal government has heard the cry of fast food and other low-wage earners as they seek legislation to help them raise their quality of life to meet a more normal standard. They are looking for higher hourly wages, unionization to protect themselves from unfair practices like retaliation and legislative intervention to ensure that their rights are protected. The Service Employees International Union has worked hard to help low-wage earners become noticed. The SEIU began hosting rallies in New York City in 2012. On July 24, rallies were held all across the U.S. as fast food workers and others spoke out about low wages and poor working conditions.

Seattle, Washington set a precedent in June when the Seattle City Council voted to raise their minimum wage to $15 an hour, the highest minimum wage in the United States to date. The increase would take effect incrementally over the next several years. It is expected to benefit about 25 percent of the city’s population, women and minorities in particular.

Kshama Sawant, one of the city’s counselors, said that 100,000 Seattle workers could expect to be making $15 an hour within the next 10 years. This will help to raise the confidence of working people in the U.S., she said.

Councilmember Sally Clark said this legislation was an attempt by Seattle to address President Obama’s request to help improve the quality of life for  all  wage earners including those in the fast food  industry. The current minimum wage in the state of Washington is $9.32 per hour. Beginning April 1, 2015, the minimum wage will be either $10.00 or $11.00 an hour based the size of the employer.

President Obama and others would like to see the federal minimum wage increased from $7.25 to $10.10 per hour. In Dec of 2013, Obama urged Congress to pass legislation that would raise wages to help secure a safety net for all fast food workers, low wage earners and their families in the USA. One of his top concerns, he said, is the pocketbook of the American people. A child raised in poverty should offend us all, he said.

Kentucky Senator Rand Paul has aligned with fast food workers and other low-wage earners. He said that when women have no control over when they work, they cannot provide proper care for their children or themselves. As long as minimum wage earners are at the mercy of their employers, he said, it would be impossible for them to further their education.

Rosa DeLauro, a congressional representative from Connecticut and George Miller of California are backing The Schedules That Work Act. The legislation is designed to help all low-wage earners including those in fast food. If passed, It would ensure food service and other workers their right to four hours of pay if they are sent home early for any reason. Employers would have to provide work schedules at least two weeks in advance. It would allow employees to have a voice in their workplace, to communicate openly with employers without fear of retaliation. The bill also explains how these changes benefit the employees and the businesses that hire them by creating a better fast food and other work area atmospheres.

Committee on Education and the Workforce