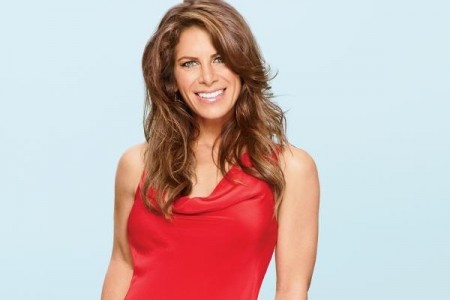 The Biggest Loser is in for a challenge of its own without the presence of star, Jillian Michaels. Michaels recently announced that she would not be returning to the series for the next season. Although she has left and made her comeback a few other times during the running of the popular show, she has thrown in the final towel and has moved on. Michaels was there at the beginning of the weight loss competition show in 2004, along with Bob Harper.

Both personal trainers have seen it all, heard it all and have done all it takes to help people achieve their weight loss goals.

Michaels, now age 40, has endured the hardships of being overweight as a teen and getting bullied for being plumper than normal. She quickly overcame the burden and rose above her own strife. Being a realist and accepting herself as she was, Michaels went on to lose weight, get fit and help others. She has been able to easily relate to the contestant’s life stories, their trials and temptations and has developed a kindred spirit with those she has mentored over the years.

Michaels, along with Harper, have been the mainstays of The Biggest Loser. Hosted by Alison Sweeney since 2007, and by  Caroline Rhea before that, the series has been successful in getting enough obese participants for the show. The cash prize of $250,000 is also a great motivator beyond getting fit and healthy. Fifteen minutes of fame and glory does not hurt the cause as contestants endure grueling work-outs and strict modified diets. Michaels has been a key player in the success of The Biggest Loser, and she has given her all to help people while developing lasting bonds with her clients.

With understanding, tough love and determination, Michaels has seen many of her teams achieve unbelievable goals with their final weight loss.

Michaels has always been there, every step of the way, despite the edited the show. In recent years, however, she has seen how the producers and directors have portrayed her as a slave driver and not the caring person she really is. It became evident for Michaels to move on from the series.

Michaels has looked after herself beyond the show for quite some time. She has produced numerous work-out DVDs, has her own line of nutritional supplements and has appeared on The Doctors and Dr. Phil shows. She has formed a family with partner Heidi Rhoades and is raising her children Lukensia, age 4, adopted from Haiti, and Phoenix, now age two. Her life is quite full with activity, cooking, exercise, dog walking and charting her best seller books Master Your Metabolism and Unlimited.

Timing is everything with Michaels, balanced and well thought out. She is open minded to accept when it is right and when it is wrong. It all has a season and the next season of The Biggest Loser will lose Jillian Michaels for a good reason. She is a standard of good eating and healthy living, is quick to set her own boundries when it comes to being a slaver or just giving helpful advice. The free spirited Michaels says and does it like it is, a show or not, she will continue to succeed.