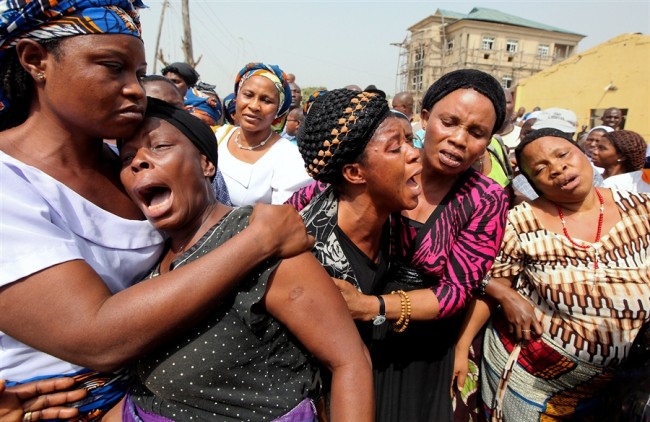 Boko Haram, a Nigerian terrorist group, has been causing disruption in the country since its formation in 2002. However, its acts of violence have increased dramatically since Abubakar Shekau took leadership in 2009, bringing the number of related deaths up to over 3,500 people. This group brings violence on anyone that does not conform to their strict jihadist views and desires to make Nigeria an Islamic state. Victims of Boko Haram speak out, telling of the conditions they have been put under since the militants have been terrorizing the country.

Hamid is from the city of Maiduguri. He talks about how the presence of Boko Haram has changed their everyday livelihood and their businesses, stating that there are “serious problems” in the commercial aspect of their city. The people who reside in the towns were likewise suffering. Because Boko Haram is terrorizing the villages, Hamid states that many people have not been able to go home or farm on their land, leaving both the towns and the cities with little food. The cities depend on the produce that farmers in the villages provide, and the farmers rely on the revenue made by selling their products to the cities.

There is virtually no protection from the government for the villagers against Boko Haram, and many of the militant group’s actions remain unpunished. Karu from Yobe State describes the level of instability and corruption that exists in her area. She tells a volunteer from Testimonial Archive Project that there is no trust for the government or the security forces. She says that there has been little assistance; they merely take testimonials of people who have been affected and have little follow through. If someone comes to the security forces with an issue, they simply state that Boko Haram is also after their lives as well and that there is nothing they can do.

Deborah Peters, a survivor and former victim, received a lot of attention for sharing her testimony and speaking out against Boko Haram in Washington D.C. this past May 2014. Peters witnessed Boko Haram killing her father and her brother in the vicinity of her own house.

They pounded on Peters’ door on December 22, 2011, asking for her father who was a pastor at a local church. Peters’ father was taking a shower, so the militants forcibly charged in the house, taking the pastor out of the bathroom. They then attempted to coerce him into denying his faith, but the dad refused and was shot three times in the chest. He died on the spot. Her brother, who had intentions of becoming a pastor when he was older, was also shot that night and died.

Peters stated that she was in shock as she saw her father and her brother dying. Before the men left, they made her lie on the ground next her father and brother’s dead bodies. She remained there, traumatized, until another pastor found her the next morning. She shared her story in front of Capital Hill, stating that she hoped that those who hear her story will stand strong in the face of violence.

Boko Haram’s presence is affecting all areas of the country and is causing unprecedented havoc in the lives of the people. Some victims of Boko Haram are continuing to speak out with hopes that others will listen and help end the suffering in Nigeria.