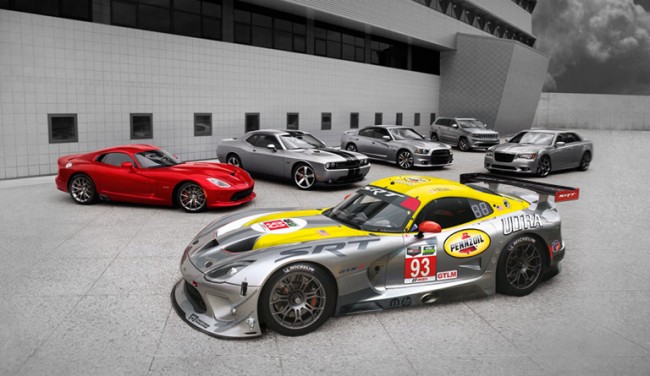 Chrysler Group LLC is an American auto maker that is responsible for bringing drivers the brands Dodge, Jeep, Fiat, Chrysler autos and Mopar tuning company. Despite recalls for Jeep sports utility vehicles (SUVs), Chrysler Group LLC is posting sales increases the likes that have not been seen since before the financial crisis in 2008.

Jeep had to file a limited recall for their Grand Cherokee SUVs and smaller Jeep Liberties. It only affects those that were built in the years between 1992 and 1998. Those model year SUVs have gas tanks that were not properly reinforced, so if they are hit with enough force, the gas tank is susceptible to rupture causing a gas fueled fire. The National Highway Traffic Safety Administration (NHTSA) attributed at least 51 deaths to the sub par gas tanks. Initially Chrysler fought the charges, claiming their SUVs were no less dangerous than any car of the period.

Even after being forced to file the recall, Chrysler Group LLC refused to address all the fire concerns. Chrysler chose to instead add a trailer hitch assembly, this protected the gas tank that is in front of the rear bumper and behind the rear axle. The choice was contested by the NHTSA, until they performed their own crash tests. The limited recall was a result of a deal struck between, Sergio Marchionne, the CEO of Chrysler, and Ray LaHood, the United States Secretary of Transportation. The Republican LaHood was replaced by Democratic Anthony R. Foxx in July of last year. The NHTSA and presumably Foxx, have questioned Chrysler Group LLC’s methods due to the slow manner in which the problems are being addressed. After the recall in June, it took Chrysler seven months just to secure a producer for the parts. Production did not even start until 4 months after that in May.

Despite all the controversy surrounding the recall, Chrysler Group LLC is still posting sales increases. In June of 2014 Chrysler saw a 9 percent increase, earning them the highest sales since 2007. The source of the recall controversy, Jeep, saw a 28 percent boost in sales, though not from sales of the Grand Cherokee or the Liberty. Dodge also enjoyed large sales, after the Dodge Challenger and the new RAM ProMaster commercial van, were awarded best retained value in their class. The Ram was awarded truck of the year for the second year in the row, garnering even more sales. The Italian automaker FIAT also helped boost sales with their 11 percent increase, though they are quite accustomed to increases by now, as they have experienced increased sales every year since being introduced in the U.S. Chrysler the automaker, unfortunately saw a drop in sales for their 200 and 300, but the Town and Country enjoyed a 24 percent sales boost.

Recently there were two more recalls announced for Jeep, though this time Dodge is involved as well. The first of the recalls was announced in April, there is a chance that water damage could cause the brakes to become too firm. This is a potential problem for all Dodge Durangos and Jeep Cherokees. Another potential problem was announced within the last few days, but is contained to SUVs that received service. The wiring for the vanity mirror is susceptible to short circuit which could cause a fire within the cabin. Only time will tell if Chrysler Group LLC will continue to post sales increases despite the latest recalls, or if sales will be negatively affected by the added press.