Crohn’s Disease Linked to Sprays From Showers and Rivers 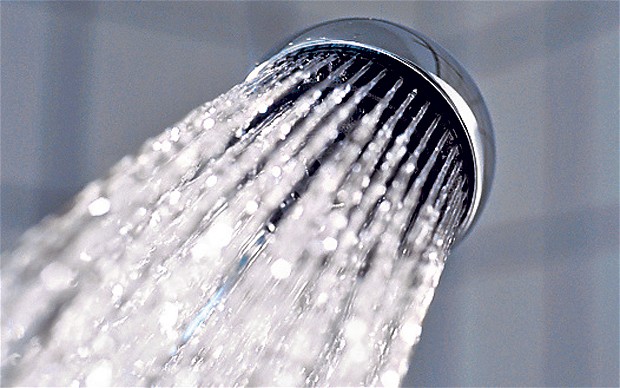 Crohn’s disease has shown to be linked to exposure to bacteria in water sprays from shower heads and one river in particular in a recent study. This study was the first to show that aerosols could be an avenue for the bacteria that may cause this disease.

Crohn’s is an inflammatory disease located in the lining of the digestive tract. It can cause severe abdominal pain, diarrhea and can eventually lead to malnutrition. Although the disease has been related to stress and a malfunctioning immune system, the bacteria mycobacterium avium subspecies paratuberculosis (MAP) has also been linked to Crohn’s disease as a causative microbe. MAP is difficult to culture in samples from humans, and this may be why it has not yet been confirmed definitively as the cause of Crohn’s disease.

Cattle can develop a related disease called Johne’s disease, and it is believed that MAP causes this related disease as well. The MAP bacteria in the cattle was considered to be the same source of infection for the humans with Crohn’s disease who live in Cardiff. It is believed that MAP in the animals came from the river through runoff and that river water went through the city distribution system and out of the shower heads and infected humans. Aerosol from the river sprays was also thought to cause infections of MAP in humans.

The team that carried out the study is associated with Lancaster University’s Faculty of Health and Medicine. This team collaborated with the NERC Centre for Ecology and Hydrology at Lancaster, the Royal Lancaster Infirmary, Cardiff University and Kings College in London. Professor Roger Pickup led the team. A report on the research was published in the journal Pathogens.

The research team also tested water coming out of showers from various regions in the United Kingdom and found the MAP in three of 30 samples. Professor Pickup recommended people should run a shower for a short period of time before getting in to let the microbes in the shower head be flushed out.

The results from this study should be very helpful in the study of Crohn’s disease in other areas of the world. The study also gives food for thought regarding other diseases that could occur from infectious agents that can be carried in water sprays. Runoff from farms that house large numbers of cows has been known to produce many ecological problems. Manure from the cows, if not handled properly, contributes pathogens, such as bacteria and viruses, to the runoff water that ends up in rivers and lakes. Farms that grow food in California flush salts, pesticides, fertilizers and selenium into the sea, which has been considered to be hazardous to animals and plants. While expressed concerns have mainly been about toxicants in the water, considering what is in the sprays from the water and how this may affect health may be informative. Showing that Crohn’s disease was linked to bacteria in sprays from showers and rivers is a significant finding.