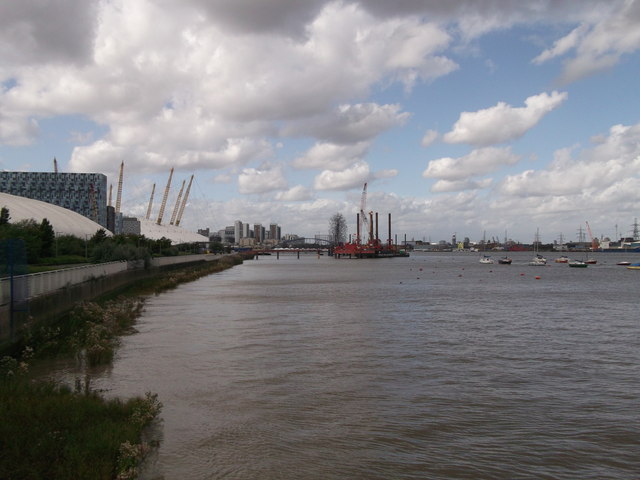 Damages from natural disasters continue to increase each year, and the costs from these disasters are escalating worldwide. Since 2010, there have been more than 700 registered floods, earthquakes, sinkholes and other natural disasters worldwide. A study released by the International Monetary Fund (IMF) in 2012 reports that these natural disasters have affected more than 450 million people. Further, the annual cost of these damages has risen from an average of $20 billion to $100 billion since the 1990s.

In the U.S. 151 weather or climate disasters have occurred since 1980 in which costs were estimated to reach or exceed $1 billion each, for a total expense to the U.S. over $1 trillion. In 2013 alone there were seven natural disasters, each exceeding costs of $1 billion. These events, which included five severe weather and tornado events, a flood and the western heat wave/drought, killed 109 people and affected economies across the United States.

The Institute lists three projects which use technology to lessen the impact of natural disasters both financially and through reduction if lives lost, with varying degrees of success. ASTER is an instrument on a NASA satellite that maps the globe and shares those images with various relief organizations. ASTER has been in space since 1999. It is part of a group of satellites monitoring Earth in the hopes of understanding nature better.

In 2000, NASA, along with 20 others, signed the International Charter on Space and Major Disasters. Its purpose is to guarantee sharing of data from satellites with relief organizations. ASTER predicts floods fairly well, according to the article, but is unable to make exact predictions. Their predictions have allowed for warnings and saved lives, says Michael Abrams leader of the U.S. ASTER science team.

Increased natural disasters such as sinkhole activity create costly damages worldwide when suddenly the ground opens up swallowing trees, cars, people or even buildings. A computer algorithm could provide warnings of this type of catastrophe. Instead of manually recording minute changes in road conditions, which is impractical, the algorithm uses existing satellites to analyze data and calculate which ground level changes indicate the probability of a sinkhole.

This new project was just beginning when The Institute wrote the 2013 article. It is too early to tell if this will work, but so far the algorithm has stacked up alongside data gathered by geologists on the ground, so there is hope according to researchers.

There is a method that uses satellite systems to track temperature changes on the ground that could someday help with forecasting earthquakes, such as weather forecasters warn of approaching storms with increasing accuracy. The wait will be longer for the same precision in regards to earthquakes, as scientists interviewed for an article yesterday in The Telegraph said that true earthquake prediction is beyond current science capabilities. They know what needs to be measured but there is no way to make those measurements yet.

California governor Jerry Brown has put the chances at 50 percent for a catastrophic earthquake in the near future, according to the same article. A $200 million shopping center currently being built in Hollywood is on top of a newly discovered fault, which would add to the ever-increasing damages resulting from natural disasters that are costing the world billions more.

Sources:
The Institute (Minimizing the Damage From Natural Disasters)
National Climatic Data Centers
The Institute (Predicting Sinkholes in the Road)
SciDevNet
The Telegraph