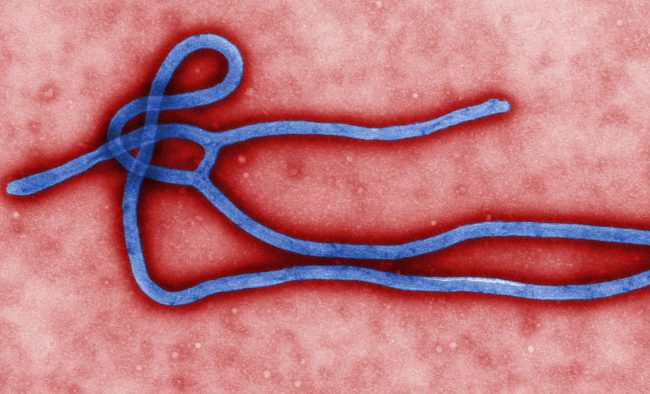 The Ebola epidemic raging across Western Africa has spread to the Sierra Leone capital of Freetown, with the city’s first case of the disease being discovered on Saturday. The person in question was an Egyptian who had traveled to Kenema, Sierra Leone’s third-largest city. He later checked into a clinic east of Freetown. After coming to a diagnosis, doctors sent him back to the Ebola center in Kenema.

Thus far, 99 of the 315 laboratory-confirmed cases of the virus in Sierra Leone have been fatal, the country’s Ministry of Health and Sanitation said on Saturday. On Friday, the death toll was set slightly lower, with the ministry reporting that were 92 deaths out of 305 cases. The World Health Organization has said that the epidemic may continue for another three to four months.

Ebola has claimed the lives of over 540 people in Guinea, Sierra Leone and Liberia since February. There have been 888 cases discovered during that time period. The extent of the crisis surpasses the 1976 epidemic, in which the virus was first identified in the Democratic Republic of Congo near the Ebola River. That outbreak killed more than 280 people.

The Ebola epidemic’s rapid spread to Freetown and other areas is largely attributed to people moving from infected regions to uninfected ones or abandoning the treatment centers, either to return to their homes or to seek medical attention in other facilities. Some communities have also resisted containment measures, such as taking precautionary steps during traditional burial ceremonies. An Ebola victim remains contagious even after death.

The virus is spread through close contact with the blood and other bodily fluids of those infected. The disease, which can take from two to 21 days to present itself in its victims, causes fever, muscle pain, vomiting and diarrhea. The pain is agonizing, and makes the disease’s victims feel so weak that they are unable to leave their beds. It can shut down the kidneys and liver, and may cause both internal and external bleeding. The intensity of the disease peaks during the first seven to 10 days. This is the time period in which patients are most likely to die. Ebola kills up to 90 percent of those infected. There is no treatment.

Patients are declared to be free of the disease if they do not show any of its symptoms for several days and if repeated bloodtests come back negative. In many cases, however, Ebola leaves its victims so weak that they have to stay in clinics for days after being declared free of the virus.

On Thursday, the Economic Community of West African States (ECOWAS) established an Ebola solidarity fund at a summit in Accra, Ghana. Nigeria committed $3.5 million to states affected by the virus. Ghanaian President John Mahama said that the money would go toward education logistics and technical support in the fight against the disease. Mahama is also the chairman of the ECOWAS.

A sense of both fear and horror has fallen across West Africa, as the Ebola epidemic spreads further into Freetown and beyond. Local governments and organizations such as the WHO and the ECOWAS are fighting to contain the disease, but the death toll is expected to continue climbing in the coming weeks.