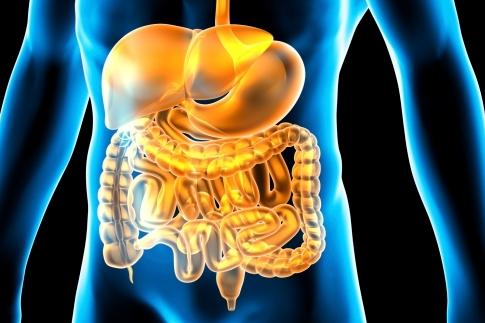 Research into the complex ecosystem of bacteria that inhabit the human gastrointestinal (GI) tract has demonstrated that the body’s own T cells help to cultivate diversity and balance among its microbial residents. Creating this bacteria-friendly environment is accomplished by suppressing the immune system’s natural responses of inflammation and immunoglobulin secretion that would otherwise identify bacteria as invaders and lead to their annihilation.

Scientists estimate that for every cell in the human body, there are ten cells of bacteria that live either on or in that same human body. Many of these bacteria inhabit the digestive system where they help to supply the body with nutrients, break down otherwise indigestible material, and defend their human hosts against foreign pathogens.

In the past it was assumed that all bacteria were inherently deleterious to human health. Then, in 1907 Elie Metchnikoff proposed a radical new idea to re-assess the relationship between humans and bacteria. Metchnikoff hypothesized that health matters ranging from maladies of the bowels to one’s overall life span could be improved by taking regular doses of “putrefactive” bacteria that were associated with the production of lactic acid. Half a century after Metchnikoff’s new idea, these live cultures of bacteria were coined under the umbrella term of “probiotics.” Today scientists have accrued a considerable body of evidence to support the assertion that not only are bacterial communities integral in maintaining human health, but also that this relationship is the product of many generations of co-evolution.

The notion that humans and the bacteria in their guts have evolved together to each other’s benefit suggests that these phyletically disparate organisms have developed feedback systems to communicate between each other. To examine these lines of communication, a team of scientists led by Dr. Sidonia Fagarasan from the RIKEN Center for Integrative Medical Science in Japan studied the role that one type of the body’s immune cells, the Foxp3+ T cells, plays in maintaining the gut’s bacterial residents. To do this they examined two groups of mouse pups that were born and raised in a sterile environment. Such mice would have limited means to develop a thriving ecosystem of bacteria in their guts. One group was maintained in their germ-free living conditions, and one group of pups was introduced to bacteria either by injection or by topical application of feces extracts from either normal or immune-deficient mice.

The researchers subsequently examined the diversity of flora and the magnitude of the immune response within the gastrointestinal tracts of their different groups of mice. The latter was accomplished by measuring the concentrations of  immune system signaling molecules such as Immunoglobulin A (IgA).  Normally IgA is secreted in saliva, tears, and gastric juices for the purpose of neutralizing invading microbes. The antibody works in conjunction with enzymes such as the lysozymes to break apart carbohydrates in the cell walls of bacteria.

The results of this particular study revealed an intricate feedback system between the human immune system and the symbiotic bacteria. This feedback involves regulation, diversification, and selection of IgA for the purpose of developing a balanced repertoire of the IgA antibodies. The evidence indicates that the Foxp3+ T cells stimulate the maintenance of a diverse community of bacteria. This effect was particularly pronounced with respect to maintaining bacteria from the phylum Firmicutes, which includes familiar kinds of bacteria such as those from genera like Lactobacillus, Clostridium, and Streptomyces.

The results of this experiment indicate that balance and diversity in bacterial communities of the human GI tract is key. In addition, Dr. Fagarasan noted that imbibing probiotics, fecal transplantation, and stimulation of the immune system might all be viable ways to help fight off infection, particularly for the elderly and those with inherited microbial deficiencies.

2 Responses to "How the Human Body Cultivates Beneficial Bacteria"