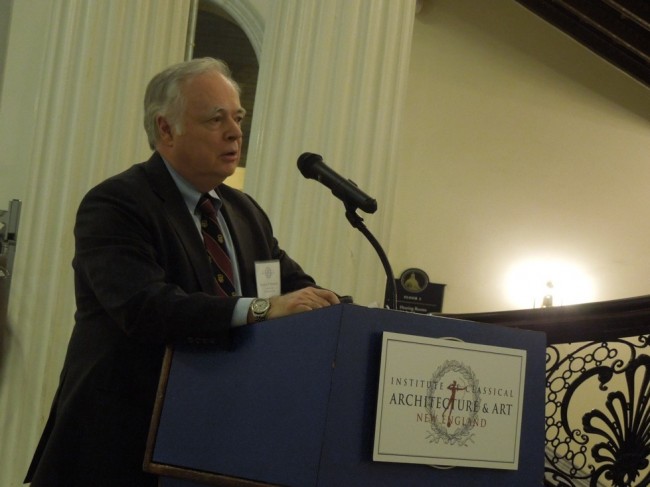 Judge Douglas Woodlock, who recently presided over the first trial connected to the Boston Marathon bombing, has a long, and interesting,  history on the bench.

Eastwood directs movies now, Arnold and Maria got divorced and the comet won’t be seen again until 2061. But the judge is still on the bench dispensing justice.

Born in 1947 in Hartford, Conn., Woodlock earned his BA from Yale in 1969. He has made a name for himself by presiding over two high-profile international human rights cases.

In 1995, he ordered Hector Gramajo, an ex-Guatemalan general, to pay $47.5 million to an American nun and eight Guatemalans. The nun was tortured while the other eight were terrorized by the Guatemalan military in the 1980’s.

Gramajo led a scorched-earth military campaign resulting in the deaths of thousands of villagers. He also was the defense minister when numerous political killings, illegal detentions and domestic spying by military intelligence officers were taking place, according to human rights groups. He has said he was in cohoots with the CIA during this period.

In the case of Inocente Orlando Montano, Woodlock made his opinion clear of the crimes Montano was accused of in the Salvadoran Civil War. He said, “In El Salvador, there was a war, there are victims and there has been a crime.”

Testimony was given that Montano was responsible for 520 cases of torture, 65 extrajudicial murders and 51 disappearances. In addition, according to a 1993 report from the Truth Commission entered into evidence, Montano was also responsible for the 1989 murders of three Jesuit priests in El Salvador. During the civil war, Montano commanded security forces with troops under his control responsible for death squad activities and many human rights abuses. Following the deaths of the priests, Montano was instrumental in covering up the involvement of his security forces in the crime.

In 2013, Montero was sentenced to 21 months in prison for immigration violations.

While a stickler for order and scheduling in his courtroom, Woodlock balances that against his commitment to see that the accused gets every chance at a fair trial.

When infamous mob boss Whitey Bulger was finally caught after running from the law for 16 years, his girlfriend, Catherine Greig, was indicted on a single charge of conspiracy. She allegedly helped harbor Bulger and aided him in evading capture during his time on the run. When prosecutors hinted that they planned to file additional charges against her, Woodlock demanded assurances that a superseding indictment would not interfere with her right to a speedy trial.

Greig ended up sentenced to eight years for helping her common-law husband of 40 years stall justice.

Woodlock made history in 2011 when the only portrait featuring a judge actually at the bench was unveiled in front of 400 Boston dignitaries and officials from the state and federal government including Supreme Court Justice Stephen Breyer. Celebrating the judge’s 25th year on the bench. David Goatley’s painting is filled with symbols of Woodlock’s work and life.

The pen in the painting is the one the judge has used to sign every decision during his career as judge and a nod is given to his wife, Patty, and their family. The judge was hearing a corruption trial when the painting was done and the trial is symbolized by the sheaf of papers in front of him.

Judge Woodlock doesn’t show any signs of ending what has been a memorable career on the bench. Observers are waiting to see which part of history he will be in next.