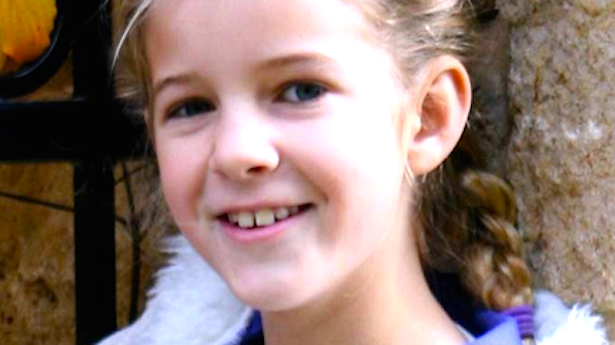 Hally Yust, 9, of Johnson County, Kansas, who loved water sports like swimming and skiing, succumbed to a rare but deadly brain eating amoeba with the scientific name of Naegleria fowleri. The brain eating amoeba typically lives in warm freshwater, like hot springs, rivers and lakes, though it can also be found in soil. Naegleria fowleri can lead to an infection of the brain called primary amoebic meningoencephalitis (PAM), according to the Centers for Disease Control (CDC).

The brain eating amoeba usually will infect people through the nose, when water containing Naegleria fowleri accidentally gets inhaled. From the nose, the amoeba then travels to the brain, as it did with Hally Yust. Once in the brain, the amoeba then causes PAM. It is almost always fatal.

Though the passing of Hally was tragic and devastating to the Yust family, they released a statement on Friday stating that they wanted everyone “to know this tragic event is very, very rare.” The family indicated in the statement that they did not want anyone to be “fearful” about getting outside and participating in water sports. The Yust family, according to the statement, “will continue to be active” in water sports.

The symptoms of PAM, according to a report in the New York Daily News, include nausea, fever, confusion and headache. Chances of having the brain eating amoeba entering through the nose can be decreased by the use of nose plugs. 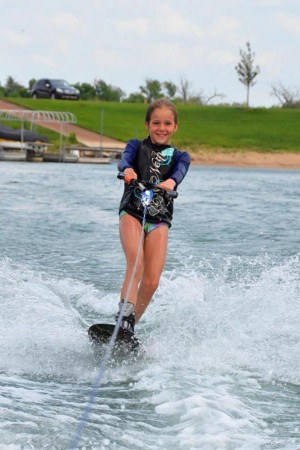 The family of Hally “Bug” Nicole Yust is not certain where their daughter got infected by the brain eating amoeba, as she had swam in several lakes located near where they live over a two week time period. She tragically succumbed to the infection, PAM, caused by accidentally inhaling the deadly organisms. The Kansas Department of Health and Environment confirmed that the death of Hally Yust was from PAM which she contracted from Naegleria fowleri.

In the United States, there have been just 132 cases of PAM caused by the brain eating amoeba in the past 50 years. While it is rare for anyone to contract PAM, experts are in agreement that there is not much that can be done to prevent the person who contracts it from dying, unless doctors recognize what the problem is relatively quickly and aggressively combat the deadly amoeba.

One person in the United States who beat the long odds and survived being infected by the brain-eating amoeba. That person is 13-year-old Kali Hardig of Arkansas, who was 12 in 2013 when she contracted PAM. She underwent being placed into a medically-induced coma and the brain eating amoeba and PAM damaged her brain, but the quick actions of her team of doctors at the Arkansas Children’s Hospital in Little Rock saved her life. Kali is now back attending school.

Though 9-year-old Hally Yust of Kansas succumbed to the brain eating amoeba Naegleria fowleri and tragically passed away, the Yust family wants her to be remembered for the person that she was, not how she died. Her family has set up a scholarship in their daughter’s name. It will be awarded to aid in furthering the education of girls who love basketball, as Hally did. Their daughter had expressed a desire to play basketball at Kansas State University. Besides her mother and father, Hally is survived by one brother and two sisters. Her obituary called her “the light to the world and a blessing to all.”