Menthol Cigarettes In and E-Cigarettes Out for Reynolds 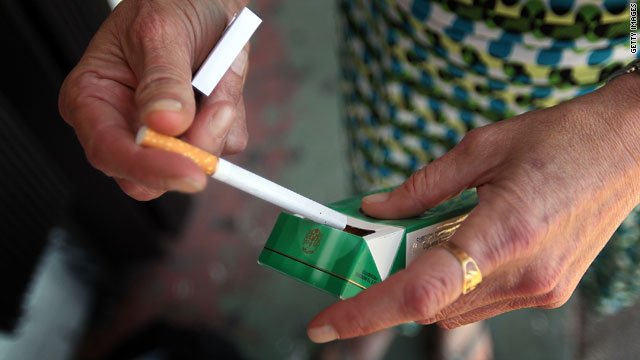 Menthol cigarettes are at the head of a megadeal that will see U.S. cigarette giant Reynolds American Inc. giving up its popular blu e-cigarette and picking up smaller Lorillard Inc., a company that includes the popular Newport brand. Newport menthol cigarettes are one of the few brands in the U.S. that are actually gaining shares in a market that is shrinking. Reynolds apparently is not anticipating any significant regulation of menthol by the Food and Drug Administration (FDA), who is beginning investigation into the question of whether the menthol variety of cigarettes is more addictive.

The series of deals begins with Reynolds’ proposed $25 billion acquisition of d. Reynolds will be giving up their top-selling e-cigarette, blu, to Britain’s Imperial Tobacco Group, who will also buy Reynolds KOOL, Winston, Salem and the Lorillard Maverick in a move designed to ease antitrust concerns.

Menthol is already regulated in medical products, but not yet in cigarettes. The FDA is considering restrictions in its use in cigarettes after their last year report that said the menthol was likely associated with a reduced rate of success in quitting smoking. The review also showed that most African-American smokers smoke menthol cigarettes. A 2011 study by Stanford University School of Medicine found that ads targeting these products were more prevalent at tobacco retailers near high schools with higher numbers of African-American students.

About 85 percent of Lorillard’s $6.9 billion sales last year came from their Newport brand. Vivien Azer, director and senior research analyst at Cowen & Co. said that the proposed acquisition indicates that both companies consider the risk of regulatory action by the FDA to be low. She said that although they do not expect an “outright ban,” they would not be surprised to see the beginning of incremental regulation.

Reynolds sells its e-cigarettes under the Vuse brand, but controls less than 5 percent of the market even though, according to Reynolds’ chief executive officer Susan Cameron, Vuse has a superior technology. Gaining the blu brand has been an incentive for Imperial, with falling cigarette sales volumes and booming e-cigarette use.

Murray Kessler, Lorillard’s CEO, said that both companies are confident that there will not be more regulation on menthol cigarettes than on nonmenthols. He also said that he thinks the industry as a whole believes the litigation environment has improved over the past 10 years, and that it is manageable.

Health advocates express concerns about the potential merger of two companies that they say have a history of marketing to minorities and children.  Lisa Henrikson, a senior research scientist at Stanford Prevention Research Center says a bigger tobacco company is not better for public health.

Reynolds and Lorillard have tried to allay antitrust concerns, and it is expected that if regulators try to stop the deal there will be more divestitures. Cameron says that they are confident the Reynolds’ deal to divest of e-cigarettes and acquire the popular menthol cigarettes’ Newport brand will be closed in the first half of 2015.