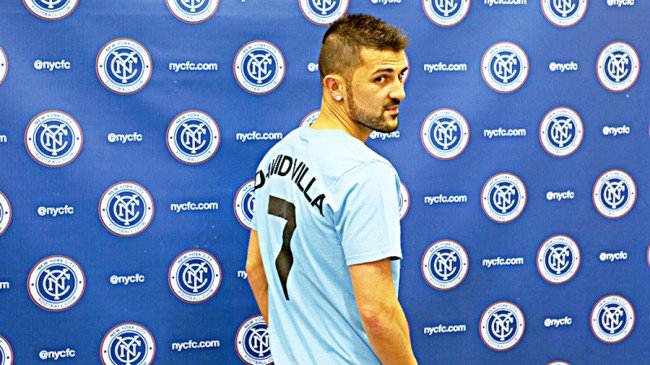 New York City Football Club (NYCFC) has only completed three signings so far, but rumors of transfers are swirling around the Big Apple. The three signings that the Manchester City-owned club has made so far include goalkeeper Josh Saunders, defender Jeb Brovsky and forward David Villa. The Spaniard David Villa is the club’s first designated player and one of the most high-profile signings to come to Major League Soccer ever. All three players are set to go on loan for the fall and winter of 2014, since NYCFC does not begin league play in the MLS until the spring of 2015.

Villa is set to go to Melbourne City on loan, another team under the City Football Group franchise. Saunders is on loan with the San Antonio Scorpions, a team in the North American Soccer League, which according to United States Soccer Federation, is the second best league in the country behind MLS. Brovsky is on loan with Strømsgodset, a team that won the Norwegian Premier League last year and has been in European league qualifying stages three out of the past four years.

In addition to those three signings, FIFA had posted on their website on July 15 that Frank Lampard had been signed by NYFC and would join Melbourne City on loan just like David Villa. The post has since been taken down, but strong speculation hints that the move will be announced within the week. Lampard is Chelsea FC’s all-time leading scorer in the English Premier League with 147 goals in 429 career appearances. The 36-year-old would be a great leader for the team and another designated player who would draw crowds to the club’s home games in Yankee Stadium.

NYCFC has many rumors swirling around the club about which transfers will be completed in the coming months. The most high-profile is regarding Barcelona’s midfield maestro Xavi Hernández. Xavi has been rumored to be leaving Barcelona ever since new manager Luis Enrique took over for Gerardo Martino in May. During the World Cup in Brazil there were reports that Xavi had signed with a Qatar based club, Al-Alhi, but apparently those talks have broken down and the player wants to come to America. Spain’s Catalunya Radio suggests that NYCFC and Xavi are close to an agreement, which would bring the seven-time La Liga champion, three-time UEFA champion and World Cup winner to New York City.

Besides the big designated player rumors, there has been some talk of players who would simply fill out the squad. A French defender by the name of Kevin Afougou is high on the wanted list according to France Football. At almost six-feet tall, the free-agent has played in both central and left back defensive positions in his career, which would give versatility across the back line.

Another player from France, which Turkish Football is reporting to be interested in coming to New York, is Florent Malouda. The former Chelsea player could rejoin with Lampard if the rumors are true. Trabzonspor would want around $1 million for a transfer fee though, which is rather steep for a player past his prime and without the name recognition of Lampard or Xavi. With over six months until the beginning of the season, NYCFC has a lot of time to complete more transfers to fill out the roster, and all the while there will surely be more rumors abound on who wants to come to the city that never sleeps.