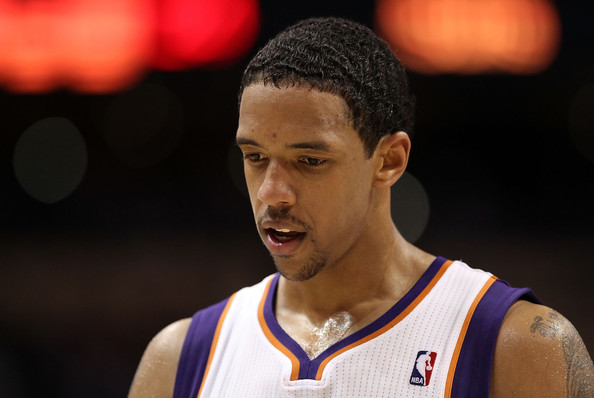 The deal between the Orlando Magic and Phoenix Suns forward Channing Frye shows once again why smaller market teams must build their rosters primarily through the NBA Draft. Reports circulated yesterday that the Orlando club agreed on a four year deal worth $32 million for the 31-year-old player. Frye is a solid stretch four with a golden outside touch, yet the Magic previously cut loose Ryan Anderson, who has a similar game. Available online articles discussing the deal said that Frye is a good locker room guy who could provide mentoring for Orlando’s young squad.

What is puzzling about signing “mentor” type players is that most NBA teams have almost the same number of assistant coaches as players. A large portion of the assistants are former players, not that much older than the guys suiting up. The assistant coaches filling mentoring roles are cheaper and do not count against the salary cap. The Magic front office prides itself on bringing in “character guys” to fill out the squad. Nevertheless, the team just released Jameer Nelson and traded away Arron Afflalo, two veterans known for their character and hard work. The CBA requires teams to have a total team salary at least 90 percent of the cap to avoid paying a surcharge.  Viewed through that context, paying Frye $8 million makes more sense.  Still, four years is an awfully long time to tie up $8 million per season on a middling starter or rotation player.  The Magic apparently had to pay a premium for the initial right to overpay Frye for a year or two.

The unfortunate fact of life for smaller market teams, as evidenced by the Orlando Magic’s deal with Channing Frye, is that they must pay a premium to sign free agents; therefore, the only real option to build a strong roster is through the draft. The Magic could perhaps sign a second max player if they already had one and an otherwise strong supporting cast. Winning teams do not pay a premium to attract quality players. On the other hand, smaller market teams with poor records and questionable rosters must pay extra to attract even middle tier talents. To the extent the salary cap is designed to level the playing field between big and small market teams, the effort does not appear to work. The only real benefit of the salary cap is to save all the owners’ money. The cap does not offer much in the way of hope for smaller markets. Without some lottery luck, the Orlando’s and Minnesota’s of the league will generally field an inferior team.

The NBA Champion San Antonio Spurs likely beg to differ regarding the ability of smaller market teams to compete. Nevertheless, the presence of lottery prizes David Robinson and Tim Duncan provided the bedrock for sustained success. No one would argue that the combined genius of R.C. Buford and Gregg Popovich led to the selection and development of Tony Parker, Manu Ginobili and Kawhi Leonard, but the team always had the lottery winning big man anchors to build around.

The larger market teams hold more allure for the NBA stars. Carmelo Anthony forced his way out of Denver. Dwight Howard pushed aside Orlando. For that matter, LeBron James left his home in the Cleveland area, even though he is apparently looking at a return stint with the Cavs. Maybe the cap system does offer some protection from the New York Knicks and Los Angeles Lakers outspending the rest of the league combined to stockpile talent, but the cap does not prevent lesser players from charging more to play in B List cities. Free agent players have every right to play where they want at a salary they deem acceptable.

Fans of smaller market teams will no doubt scratch their heads over free agents deals for their favored teams. Pundits may also chime in regarding smaller market teams overpaying. One could say the Orlando Magic overpaid for Channing Frye, if they were the Knicks or the Lakers, but attracting good NBA free agent talent into a smaller market requires paying a premium. The only way these teams put together a consistent winner is through the draft.