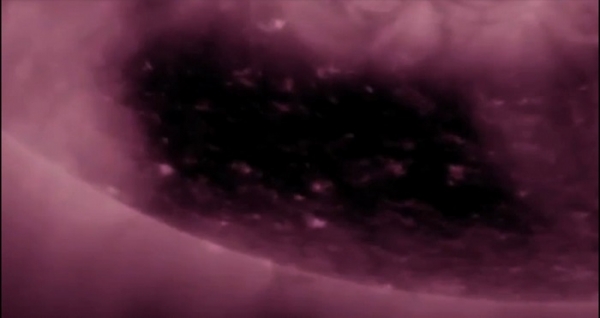 The Sun’s recent activity has left astronomers puzzled with its unpredictable fluctuations in normal activity. Currently we are in Sun Cycle 24, which began in 2009 and is supposed to peak this year. Instead of its peaking as expected, there have been seasons of unusually quiet solar activity. This could be a good thing, due to the Sun’s inactivity contributing to an overall calming effect in space weather which cools the Earth’s climate and contributes to the preservation of Earth’s satellites. Even though astronomers have predicted that the sun may continue in this cycle, its unpredictable behavior leaves scientists puzzled.

The sun’s activity has been well recorded for over 50 years, yet there is still much to be discovered. The sun has its own weather patterns and storms that could potentially cause an adverse effect on Earth. Sunspots are magnetic storms on the Sun, and they trigger the Sun’s activity, causing solar flares, which consists of radiation from the release of magnetic energy. Between July 13-18 of this year, a coronal hole came into view over the North Pole of the Sun, which indicates it is a darker, cooler region of the atmosphere that releases magnetic energy that is normally reabsorbed into the sun. These phenomena are in contrast of Coronal Mass Ejections, which are bursts of magnetic energy and plasma shooting off the surface of the Sun. Both can adversely affect the weather in space, and are in sharp contrast to the Sun’s previous quiet behavior. The time is coming for the peak of this 11 year cycle, which concludes with the reversal of the Sun’s North and South Poles.

There is a delicate balance between solar activity and the Earth’s weather. The Sun’s activity can affect carbon dioxide levels, as well as volcanic activity, and changes in the global climate that include more cold weather, rainfall, and drought, and have been deduced by scientists based on historical evidence.  Still, the Sun’s becoming unpredictable is  leaving scientists puzzled and working hard to discover a breakthrough. Also the Sun’s activity protects us from galactic rays that could upset the delicate balance of the Solar System.

This unpredictable activity has scientists shaking their heads. Scientists don’t have enough records and data that go back far enough to detect whether this has happened before or not. The Solar and Heliospheric Observatory (SOHO) satellite, which is part of a joint mission between NASA and the European Space Agency, has only been in service since 1995. This observatory watches the sun at a point in space that is 932,000 miles from Earth. Even with low tech yet accurate recordings of the Sun’s weather and behavior, scientists have found that at least one solar cycle has been similar to this in the past century, unfortunately there is still little to be known at the present time.

There is a direct correlation between the Sun’s activity and its effects on global communication systems, power grids, Wall Street and other world financial structures. The importance of scientists making a breakthrough and understanding of how the Sun works would alleviate these potential catastrophes. The unpredictable Sun would no longer leave scientists puzzled, and armed with this knowledge scientists could better protect and preserve the planet’s infrastructure.