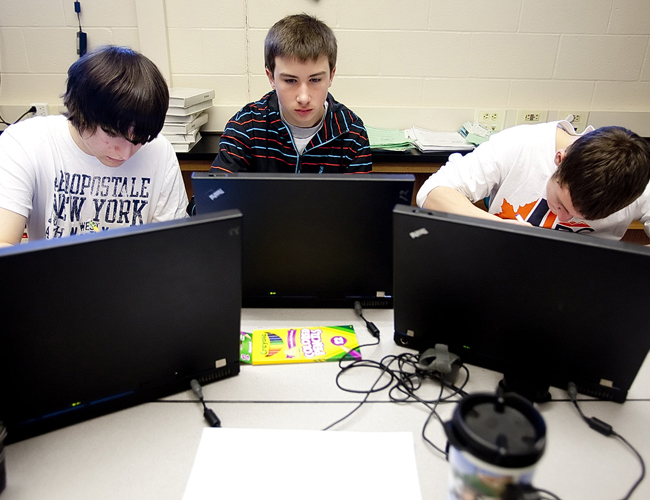 Technology as a practical application in summer science classrooms looks like it is off to a good start across the country. More and more students are getting into the science, technology, engineering and math (STEM) program and enhancing their skills. 50 students or more in the County of Northampton, North Carolina, are using their summer break as a learning experience by attending a program to heighten their career success in the future. Twenty days of intense study are consumed at Northampton High School as students immerse themselves in STEM classes, soaking up as much information as possible.

This is the third year of the STEM program and North Carolina Governor Pat McCrory made a special trip to the school this year to check it out. The popularity of the program has grown so much he felt a personal visit was in order. Dale Hammer, the program director, explained one of the goals for the program was to assist students in becoming independent learners. The structure of the classroom is set up so students become the driving force in the classroom. It is great preparation for college and teaches students the value of individual initiative.

In Bangor, Maine, 11 high school girls are taking their first steps in a week-long session to learn how to build robots. John Bapst Memorial High School is the location for this intensive study program and all of the activities are being administered by Elizabeth Chabe, the founder of High Touch Group, a startup supporter that helps new companies get their feet on the ground, and High Touch Courses, a technology camp run during the summer for high school students.

A senior at John Bapst High School, Karen Noble, is the director of this year’s camp. Noble organized the camp and recruited female students at the high school to participate in the camp to encourage more young women to become involved in science and math projects. Chabe got involved in the program because the scarcity of women in science may be a detriment to their future higher learning capabilities if they are not aggressively involved in science, math, and engineering. Summer classrooms in science for young women may stimulate other female freshman and sophomores to enroll in classes that have been dominated by male students in the past.

Two other young women from the Bangor area involved in the project are also former students at John Bapst High School. Bethany Waanders is helping with the project and became interested in a robotics club at the high school but was hesitant to join because she would have been the only female in the club. In her sophomore year, she saw another female in the club and that spurred her to join. Waander is now attending Calvin College in Michigan studying mechanical engineering. 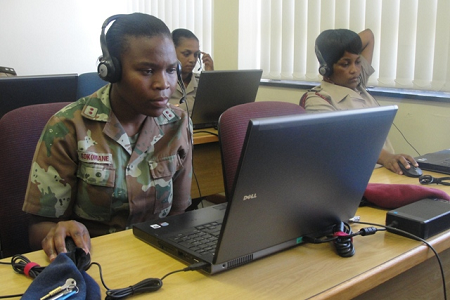 Andrea Beaulieu mentioned that women are more likely to undertake a career in science when they observe other women already involved in a particular tech field. Beaulieu has a non-profit organization called Cube and delivers inexpensive computers to various groups. This year rural schools in the Bahamas will receive the computers, where students will learn to set them up and use them.

Sierra College, in Rocklin, California, located north of Sacramento, has a STEM program in conjunction with Placer Union High School District that is focusing on technological distance learning, YouTube video programing, and assisting teachers to use web-based procedures and video production in the classroom. On July 30, at Colfax High School, situated north and east of Rocklin, using Google+ Hangouts On Air, and YouTube channel set-ups, Colfax High School instructors, Wade Wolff and Jonathan Schwartz, will set up distance classrooms for math assignments and demonstrate the best use of off-site locations to maximize instruction at two different locations.

Carol Pepper-Kittredge, Center for Applied Competitive Technologies (CACT) Director, Sierra College, in Rocklin, CA, described the program as a progressive method to reach rural populations operating under the strain of lower budgets, with fewer students. The use of YouTube channels and video, documents the projects and by posting them online, instructors evaluate distance student activities with immediate feedback. Other students benefit from the program by reviewing videos or watching instructional materials after an absence from school. Prospective employers may also study the video projects as an evaluation of student skills in various disciplines. Technology classrooms and summer science learning programs reach across the country as school systems utilize STEM programs as preparation for the future.