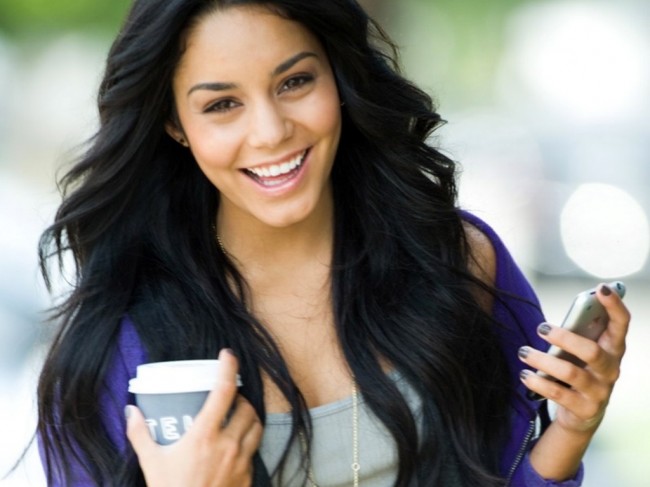 In her new campaign for Bongo clothing, Vanessa Hudgens just did something amazing for women everywhere. The actress has rejected her pictures being retouched by airbrushing and Photoshop. In the pictures, the 25-year-old shows off her real body and face, and the results are beautiful and inspiring.

Hudgens says that she hopes this Bongo campaign inspires other celebrities to do the same and reject filters and digital alterations to their photos. The actress says she is proud to work with a brand that is committed to sending such a positive message to women about their bodies.

When describing the clothes, Hudgens says they make her feel carefree and confident. She reminds women that real beauty shines from within and it is important to feel confident in your own skin. It’s nice to see an actress back up her words with actions, and really put herself out there to change the impossible perfect images women see today in the beauty and fashion industry.

Bongo’s chief marketing director, Dari Marder, agrees with Hudgens. Marder praises the actress, saying that Bongo admires her confidence to go without retouching for the campaign. Marder also wants women to have a positive image to inspire them to feel their best, especially in an age where every picture has been altered with a filler or Photoshop. 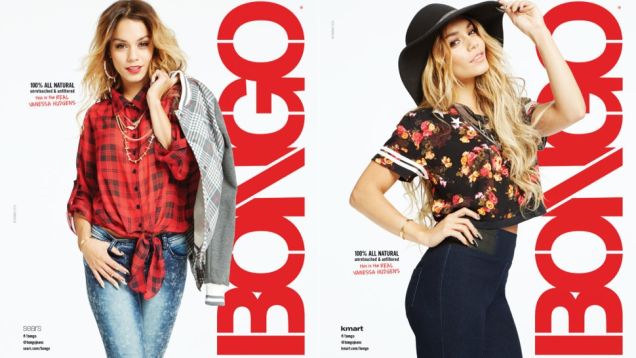 When viewing the images of the actress, women will be inspired and amazed at how natural and beautiful Vanessa Hudgens is. Her body appears exactly as a normal woman’s would. Her elbows show little creases from bending, you can see the veins in her hands, and her palm has tiny wrinkles too. In short, she looks like a real woman. It was interesting how these little things stood out, because normally retouching would have smoothed them all out. Seeing the actress’s waist look normal was the nicest part of all. The ad is a breath of fresh air, in a world full of fake images.

Even though the photos are not retouched, Hudgens still looks beautiful, proving that ad campaigns do not have to reduce a real woman down to a smoothed out fantasy. Hopefully many other ad campaigns will follow suite, and in the future, magazine covers will show images that are more in line with how real women look.

The ad was shot by photographer, Marley Kate, and will be featured in the August issues of Seventeen, Teen Vogue, and Cosmopolitan. The ad will also run in Kmart and Sears. Fans might also get to see Hudgens in person, as she is making a personal appearance at events for Kmart and Sears, on behalf of Bongo.

Vanessa Hudgens new campaign is an amazing and empowering gift to women all across the world. In the days when every Instagram photo is retouched, it is refreshing to see a celebrity take a positive stand about real beauty. The ads also appear with the words, “100 percent all natural. Unretouched and unfiltered. This is the real Vanessa Hudgens.”