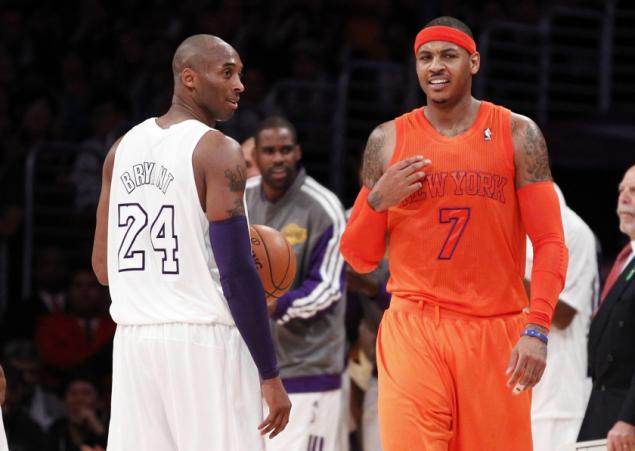 Superstar basketball players dive into free agency, and as LeBron James and Carmelo Anthony make their grand tours around the country to visit prospective cities, it feels more like an ego-inflating mission more than anything else. What is becoming known as “The Decision Part II” feels like nothing more than a drawn out, offseason attempt for players like LeBron James and Carmelo Anthony to stay in the spotlight. Every team in the league wants them, very few can have them, and when it comes down to it, the only real winners are the players.

Miami Heat fans and New York Knicks fans hold their breath, as their star players fly to a number of NBA cities throughout the country, while NBA organizations break out all of the stops for the possibility of securing their basketball services. Promises are made, futures are discussed and for a month or two, they get to have their egos stroked to the point of ad-nauseum. On a recent visit to Los Angeles, Anthony was presented with a four minute movie trailer, which was produced by Hollywood director Joel Silver and narrated by Toby Maguire. The red carpet was rolled out, the flashy lights were blinding, and Lakers’ ownership did everything in their power to woo the star player. The outcome of their over-the-top pandering has yet to be determined.

In the end, chances are that both players end up back in the city in which they already play, while fans should be left wondering why they wanted to leave in the first place. It is as though the dapper prom king has gone off in search of a better looking date, yet, during his moment of discovery, he comes to the realization that he cannot do much better than the date currently hanging on his arm. He then crawls back, begging for forgiveness while he bats his money-clouded eyes, and hopes that his loyal fanbase understands why he looked elsewhere.

NBA players have every right to look around and seek their best deal, but in a world of sports when loyalty has become a dying notion, fans sit back and choose not to do anything about it. Franchise players have wandering eyes, yet fans would rather be naïve, and believe that players truly care about their team. In turn, their loyalty to players are no different than the athlete’s loyalty to a city and team. When a player chooses to leave, the result is usually the burning of jerseys, heavy boos when they return, and catcalls from the stands. Carmelo Anthony continues to jet set around the country, looking to replace the New York Knicks, yet if he chooses to return to Madison Square Garden, fans will welcome him back with open arms while showering him with gifts and treating him like a spoiled child who says “It’s my way or the highway.”

Players such as Tim Duncan and Dirk Nowitzki are the true standouts in the league, and must be acknowledged for their willingness to stay committed to a single team. It is not often that players stay loyal, and when they do, they become heroes. After earning $22.72 million in the final year of his four year contract with the Mavericks, Nowitzki recently signed a three-year deal worth $30 million; a drastic pay cut.

The difference between LeBron James, Carmelo Anthony, and the two aforementioned players is that two of them chase championships, or look to buy them, while the other two look to build NBA championships, and be part of an organization which has to this point avoided “The Big Three” idea of basketball. They have built teams and built role players. When the big payday comes, they choose to think of the team first, and not which city chooses to bow down the most and do the most begging.