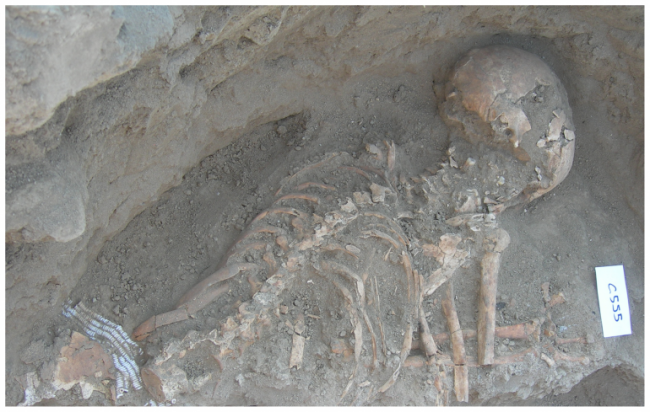 An antique copper awl was recently found in Israel and archaeologists believe it could be the oldest metal object ever discovered. The finding proposes that prehistoric people in the area started using metals over 6,000 years ago. This would be several hundred years earlier than was previously believed, stated researchers.

The discovery brings considerable more light on the history of the entire area. The archaeological site is located in Tel Tsaf, Israel and is close to the Jordan River, has been worked on by numerous archaeologists. A village was first discovered there back in 1950 and digging started on it sometime around at the end of the 1970’s. Scientists think that the Middle Eastern village existed somewhere between 5000 B.C. and 4600 B.C., although there is much to learn about it.

Thus far they have found out that it had huge buildings which were built out of bricks made of mud and silos that were able to hold between 15 and 30 tons of food. The village also contained numerous roasting ovens which were full of animal bones. It is believed that great events were held out in the courtyards. The village is actually remarkable even for modern-day Middle East standards.

The copper awl was almost two inches long and had a base that was about 0.2 inches wide with a tip about 0.03 inches wide. The metal was inside a wooden handle. The awl itself was not actually that interesting, but it was what the awl proposed for history of the Middle East. The discovery specified to archaeologists that metals were brought to the Middle East around 6,000 years ago. That is hundreds of years previously than was ever thought before.

The awl was discovered inside a grave of a woman. She was believed to have been around 45 years of age. There was some sort of belt about her waistline that was made of roughly 1,650 beads made from ostrich eggs. All of these connecting factors led to the premise that the Middle Eastern female was well thought of and very special during the time she was alive.

Dr. Danny Rosenberg, who works as an archaeologist at an university in the Middle East, and is also one of the co-authors of the study, stated that, the appearance of the various items in a woman’s grave, which signifies one of the most extravagant burials he and his team have ever seen in that region from the era, attests to both the prominence of the awl and the high position of the woman. Dr. Rosenberg also believes that by looking at what is inside the tomb that it could be possible that the archaeologists are seeing the very first signs of a type of social pecking order and intricacy.

It has been up until this time that the most primitive evidence of metal use in the Middle East had been seen in golden type rings discovered within a nearby cave and they were dated somewhere between 4500 B.C. and 3,500 B.C.  The antique copper awl was recently found in Israel and archaeologists believe it could be the oldest metal object ever discovered.