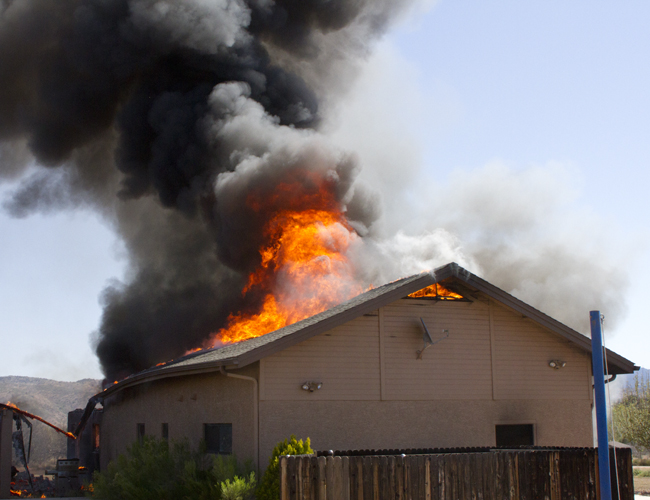 On June 18, 2014, on Butternut Street. in Syracuse, New York, arson was apparently committed by an older looking man in a white shirt who walked up several porch steps, and then is believed to have lit and threw something highly flammable in an entranceway to the residence. The man then calmly walked away, and looked back several times before disappearing from the viewpoint of the crime camera on the street. Patrick Kelley, age 56, was subsequently accused of lighting the fire, and when Beverly Palmteer, the owner of the home, died, he was charged with murder. Kelley’s attorney, Fran Walker, requested a mental health exam at the time of the arraignment. The exam was granted by Supreme Court Justice John Brunetti, who then set a return court date of August 26. Incendiarism may be a factor in this incident or a possible fan for flames of a mental health issue in the court system.

There are two current charges of arson for this recent fire. There was no bail arrangement and Kelley remained in jail until his arraignment. New York law states a person does not have to intend to cause death in an incendiary fire to be charged with murder. Kelley has been convicted in 1977 and in 1993 of fire-setting, and has spent a total of 14 years in prison for crimes of this nature.

Incendiary behavior such as that perpetrated by Kelley has not received a great deal of study as a form of mental illness. The term pyromaniac has a narrow definition in mental health literature; It is considered a psychiatric impulse control disorder, of which there are many, including kleptomania, pathological gambling, compulsive sexual behavior, and others. This definition is based on the American Psychiatric Association’s manual The Diagnostic and Statistical Manual of Mental Disorder (DSM). The latest publication of this manual was released in 2000.

Pyromania, according to the manual, is a deliberate and purposeful fire-setting on multiple occasions. It applies to individuals for whom lighting fires arouses fascination, curiosity, attraction to fires while gaining pleasure, gratification, and possibly relief. Pyromania does not occur for monetary gain, or to disguise criminal activity, or express political principles, anger or vengeance Of those individuals who are considered known fire-starters, only three percent have been diagnosed as being pyromaniacs.

Arsonists, on the other hand, while related to the definition of pyromaniacs, are classified differently. Fire-setters have common characteristics; most are males, young and Caucasian. They either have no employment skills or a low socioeconomic standard. Fire-setters usually live alone, are single or never married. Many have not graduated from high school, have elevated rates of antisocial personality disturbance, substance abuse, poor self-esteem, and low communication skills. Mental health issues may fan the flames of publicity to direct attention away from those accused of arson.

A profile of those persons inclined to start fires is difficult to configure, as most of these fires have victims but few perpetrators are ever captured, thus limiting the amount of information available to construct a concrete description. What is available has been published in a 1987 report, the FBI Law Enforcement Bulletin. The average person who starts fires for the thrill has an IQ below the standard level – usually between 70 and 90. Of persons who have been captured and interviewed many have explained that anger was a motive for the fire. 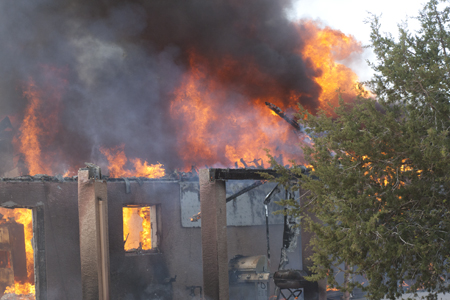 Half of the fires lit for devious reasons are committed by young males under the age of 18; those in their late 20’s constitute the other half. Older males who start fires, generally do so for profit. Profiling these individuals is a tricky business, as those persons who are apprehended are the people the profile is based on, and most illegal fire-starters are not captured. Which leads to a possible conclusion that those getting away with this type of crime are more intelligent than the average person.

The camp of those who start fires is apparently in two distinct areas. Alan Feldberg, PhD, is a psychologist in Pennsylvania who treats “fire-setting youths,” at the Cornell Abraxas Group, and he explains that some of the students have computer skills and learn to set fires in a scientific manner for maximum impact. Some of the students are extremely bright with college level reading skills. However, anger is seen as the main incentive for boys who have a history of fire-setting between the ages of 12 and 19.

Many young men who turn to setting fires may be either neglected or are physically abused. Other motives also present include revenge, excitement of starting and watching a fire burn, and occasionally sexual excitement. Factors that offer clues are; children who start fires as early as the age of 3, boys who are captivated by daredevil behavior with fire, young men who engage in mixing chemicals together for maximum combustion of a fire, and those boys who are conspicuously more excited than others while watching a fire. The mental health of those involved in arson is an issue in many cases, and can fan the flames of concern for victims and the accused as well.

One Response to "Arson Fans Flames of Mental Health Issues"