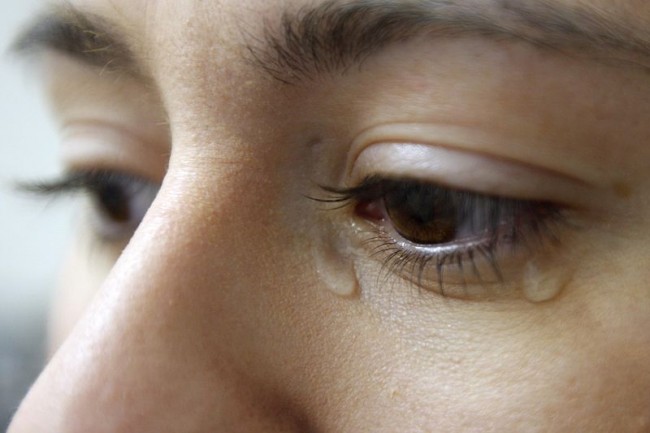 Each year close to half a million women are diagnosed globally with cervical cancer and of those who are diagnosed in the U.S., 32 percent of women will die in the five years following their diagnosis. Women in the U.S. have a much higher chance of survival than other women around the world. Cervical cancer is almost always a death sentence for women who live in developing countries.

Women that are most at risk are those that are older than 30, but women of all ages can get cervical cancer. Recently, a 26-year-old woman in the UK passed away from the disease, as she was not tested. Dawn Weston lost her life to the deadly silent killer after being told she was too young for a smear test that could have been done to test for the cervical cancer.

The 26-year-old was 25 when she first started showing symptoms. The newlywed came home one day after a long day at work as a hairdresser in so much pain she was nearly in tears. Her husband told her that she needed to see her doctor immediately regarding the pain she was in.

She went to her general practitioner who did not do the smear test because as her husband said, “it is commonly known that doctors will not take the smear because the labs don’t bother to do the test if women are under 25.” Weston went to the doctor repeatedly for weeks before finally being tested and receiving the news that she was terminal.

The couple who were engaged rushed to plan a wedding and held the ceremony just three days before the bride was to start chemotherapy. Weston lost her life to the deadly cancer and her death left people with questions as to why women in the UK and other countries are not tested under 25 are not tested for the deadly form of cancer. Weston’s mother-in-law was one of those people and stated “There are an awful lot of people that are diagnosed with this type of cancer who are under 25.”

She, like others, believes that women around the world who are under 25 years of age should be tested for cervical cancer, because there are a lot of women under 25 who get the horrendous disease. Cervical cancer can be a death sentence for women who are not tested in the early stages, as well as for women in developing countries. After the age of 19 women in the UK can not receive the HPV vaccination that helps to prevent cervical cancer and they are left completely unprotected for the following 6 years until they can receive routine screenings for the disease.

Things are different in the U.S. as the CDC suggests that women under the age of 26 receive the HPV shot and that women 21 and older be tested for the disease. Even with the differences in the U.S. many doctors are not as diligent about screening women who are under 30 as they do not see them as being at high risk for the disease. Additionally, many women are not educated about cervical cancer and the risks of the deadly silent killer.