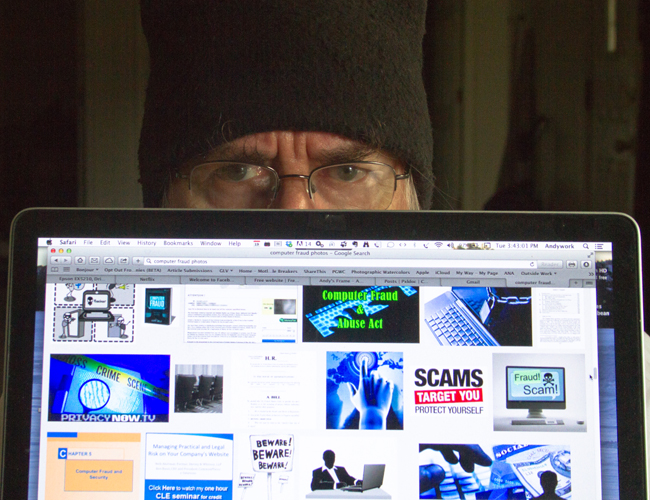 Another medical group falls to a cyber crime; this one apparently funded by a group in China or possibly the Chinese government itself. This particular internet attack was more brazen and included the theft of more than 4.7 million personal data records and Social Security numbers belonging to patients with Community Health Systems Inc., located in Franklin, Tennessee. The cyber group recognized as APT18, is generally acknowledged as the instigator of the invasion. Cyber crime opens new portals of opportunity. New alternatives on the horizon offer solutions.

APT18 has been known to attack the healthcare industry, financial companies, engineering and construction concerns, plus defense and aerospace industries. According to information provided by Charles Carmakal, who is the managing director of Mandiant, a forensics unit with FireEYE, Inc., a cyber security firm, the APT18 hacking group has advanced methods of inserting itself into different organizations without detection. Another aspect of their threat is the possibility they were not noticed for a fairly long period of time.

Some of the information misappropriated besides Social Security numbers included, birth dates, addresses, patient names, and telephone numbers. Many patients were on a list of people who were either referred to doctors associated with Community Health Systems, or received services from doctors, within the last five years. Stolen information did not include medical data, clinical records, or credit cards, nor was any proprietary data removed pertaining to developments of medical devices by Community Health Systems, Inc.

Community Health Systems, Inc. currently operates in 26 states with 206 hospitals. The U.S. Department of Health and Human Services has been tracking these types of attacks since 2009. This is the largest breach in security since the recent attack on a server of the Montana Department of Public Health in June, when that security lapse impacted approximately 1 million people.

There has been a noticeable spike in cyber crime attacks against healthcare providers in the past six months according to information provided by Mandiant. Hacking groups in China are known to search for property that has intellectual value, product design, weapons development, medical innovations, or space craft improvements; products that may have political or extreme business value that can be negotiated. The other information such as Social Security numbers, and personal data for identity theft are usually sold underground to other cyber crimnals. As cyber crimes continue to open new portals of attack, other players via for alternate solutions through self-defense.

Along those lines it seems some companies are looking for methods to strike back at hackers and to engage them in their own game with the same strategies and outcomes for the hackers. Some cyber security companies are actively advocating such methods. George Kurtz, head of CrowdStrike, a new tech company, is concerned most businesses are hung up on figuring out what happened to their security system and not enough effort on what counter measures they can take to prevent future incursions.

The opposing view to that strategy is the difficult situation of breaking the laws of other countries in an effort to protect their own data. Other nations have instituted laws to prevent such  measures. Out hacking hackers may prove to be hazardous and illegal. It may seem like a good move to cause a hacker to lose money by planting false trading information, for example, but, if the hacking back process directed at hackers involves legitimate companies acting on the false hacking information to also lose money, there is a serious question as to what will happen then.

Active defensive measures seems to be a growth industry despite the risks and potential dangers involved. The security walls are building higher, though the hackers are scaling them with increased impunity. The development of cloud computing appears to be another problem, as businesses use their cell phones and transfer information to their cloud services, hackers have another window to climb through. This blurs the lines of defense, because it is difficult to defend against.

A possible solution to this apparent quagmire of cyber-land may be the establishment of an agency similar to the Centers for Disease Control. The original purpose of the CDC was to stop the spread of malaria in the United States. It has evolved to become this nations, and the world’s largest health agency for stopping world-wide breakouts of infectious diseases and other global health problems.

The CDC became what it is today by acting a the center of a wheel, a hub, for information, for research, to pass freely between countries, companies, and institutions without regard for who owned the information. Sort of a clearing house; it wasn’t a threat to anyone and evolved to use the information it obtained and allowed the ownership to remain anonymous.

This approach may be the best solution for cyberspace. The parallel universe of the CDC and a cyber-CDC are extremely similar; the language is even the same,– virus, infections, etc. A cyber CDC agency may play a pivotal role between cyber crime and the rest of the world as it opens new portals of research and information exchanges, offering new solutions and becomes an effective game changer in the current situation.