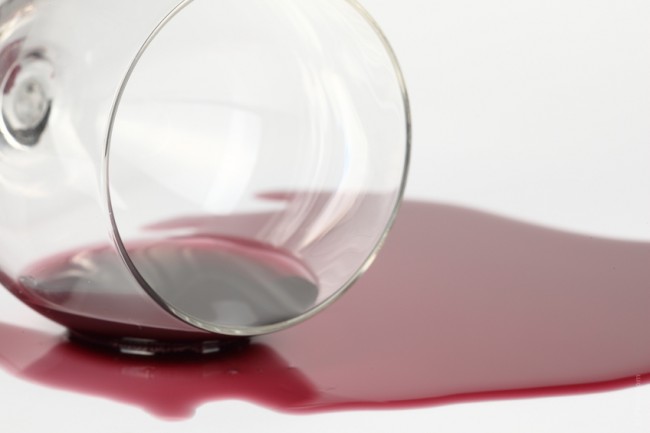 Millions of dollars of wine was spilled by the Napa earthquake in California on Sunday. The epicenter of the quake was in the Napa Valley right at the start of harvest and tourist season, but the repercussions go far beyond an interrupted season. Thousands of barrels and bottles  of rare and valuable wines were lost.

The 6.0 magnitude earthquake took place at 3:20 a.m. Sunday morning. It occurred only seven miles below the earth’s surface and was centered near the American Canyon approximately six miles southwest of Napa. The biggest quake to hit the San Francisco Bay area in a quarter of a century, it shook the ground under nine million people. Hundreds of people were injured, 90 to 100 homes were destroyed and many buildings were damaged. The tremor has likely caused over $100 million in losses. Much of that may be in the heart of California’s wine country.

Residents spent Sunday trying to clean up debris and get businesses running back to normal, but many restaurants and wineries suffered irretrievable losses of their wine stocks. The 800 wineries in the Napa Valley produce 50 million cases of wine per year. Not only do they bottle 17 percent of the nation’s wine, they contribute $50 billion in revenue to the GDP. Unfortunately, millions of dollars of California wine was lost; spilled by the Napa earthquake.

Silver Oak winery sits less than a mile from the epicenter of the earthquake. CEO David Duncan said three barrels of wine slated for bottling were destroyed. Each barrel contains 300 bottles and about $100,000 worth of wine. Duncan said the largest loss was some of the stock of rare reference bottles of wine kept in the inner sanctum of the winery. These wines are not sold or released to the public but preserved as a way for the winery to keep a record of its product, blend previous vintages and help create unique flavors. These wines are now gone forever.

The B.R Cohn Winery had stacks of barrels of Cabernet Sauvignon topple on one another. Winemaker Tom Montgomery said the quake was devastating and that the winery may have lost as much as 50 percent of its wine. B.R. Cohn focuses on high end wine that retails between $40 and $100 a bottle. “It’s not just good wine we lost, it’s our best wine,” Montgomery said.

Saintsbury Winery also reported fallen barrels and crashed bottles and lost its library of wine. Dahl Vineyards lost a barrel of pinot noir worth $16 thousand and was racing to bring down a wobbling rack of barrels before they fell.

Of course wineries in California understand they operate in an earthquake prone area. Many safety measures had been put into place to protect the wine. The Taylor Family Winery only lost one barrel of chardonnay according to co-founder Sandy Taylor. Some wineries escaped nearly unscathed while others may have suffered insurmountable damages. Without the earthquake-proof racks to hold the 500 pound barrels economic, Sunday’s quake could have been a total economic disaster.

Restaurant supplies of wine were also hit hard by the earthquake. The Napa wineries supply wine for a vibrant dining scene in historic Napa. The downtown area was most affected by the quake and many restaurants were littered with smashed bottles Sunday morning. Tyler Paradise, general manager of Cult 24 wine bar in Napa, estimated his business lost $50,000 worth of bottles.

Wineries and restaurants plan to be open on Monday to take advantage of the tourist season. James Cluer, owner of fine vintage, stated, “This is the busiest time of year because the harvest is on. It’s just started for whites, and reds are coming soon in two to six weeks. A lot of people come to Napa for September and October because it is harvest.” Luckily for the wineries, the grapes were still safely on the vine when the earthquake struck. Due to California’s prolonged drought, many winery owners were planning on an early harvest. Lots of sun and little rain create flavorful grapes which ripen earlier.

Photographs of barrels in haphazard piles, broken glass, and wine running into the ground are emerging as wineries assess the damage caused by the quake. The loss of wine and the destruction of equipment may cause volatility in the wine market. Hopefully this year’s harvest will yield an abundance of grapes that produce excellent vintages so wineries can begin to replace the million of dollars of  wine spilled and lost by the Napa earthquake.