Emotions Linked to Healing in Humans and Animals 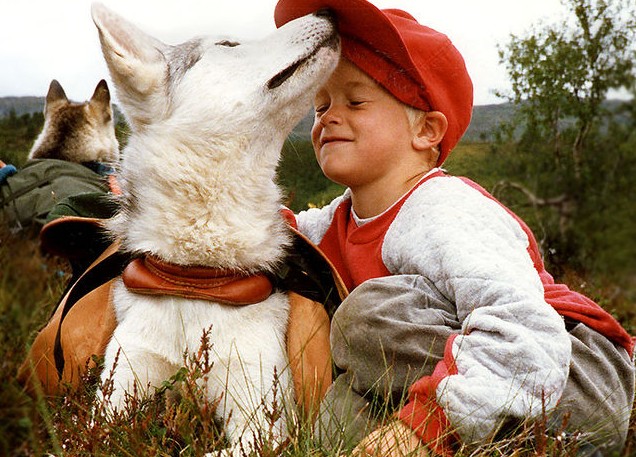 Emotions are often thought of as quintessentially human. Science however, is gradually accepting the idea that emotions are not as exclusive to the human race as was once thought. Now the mental health community is following suit by showing that not only are emotions one of many evolutionary links between humans and animals but that they can help each other heal by sharing them.

One of the initial hurdles to the scientific community’s study of emotions in animals has been one of language. While this is beginning to change, there has been a habit in the scientific community of substituting emotional language with different terms when referring to animals. For instance, rather than use terms like love or jealousy when referring to non-humans, scientists will often say bonding or resource guarding. This is not exclusive of emotions, and happens with the substitution of words like copulation for sex and vocalization for speech, but it reinforces a perceived gap between that of humans and members of the animal world. This may serve to help with professional objectivity but may slow real understanding when the truth is that many of the emotions experienced by humans were inherited from the very animals science seems reluctant to attribute them to.

That animals experience emotions may be part of the reason the National Institute of Mental Health recognizes pet therapy, or animal-assisted therapy, as a valid means of treating some mental health problems in humans. Peter Ashenden, president and CEO of the Depression and Bipolar Support Alliance brings his Shih Tzu, Bella, with him nearly everywhere to help in treating his own bipolar disorder. Having a strong link to an animal can provide people with many emotional benefits, such as motivation, confidence and activity that may be lacking in their everyday human lives. Ashenden indicates one thing that Bella does for him is to encourage him to interact with other people even though social interaction often takes him outside his own comfort zone. She also guarantees he remains active because she needs to be walked often, and when he might otherwise suffer from loneliness Bella provides him with constant companionship.

Studies relating to mental illness have not only found benefits from the interactions between humans and animals but have also discovered that animals may suffer from the same ailments that people do. As the study of mental illness in animals gains more acceptance and attention, it will surely provide insights that might take longer to decipher in the human population. Laurel Braitman explores just this possibility along with many aspects of human and animal emotional well-being in her book Animal Madness. She notes insights about human and animal emotion from renowned experts ranging from Charles Darwin to Jane Goodall and studies conducted by members of the contemporary scientific community. Braitman brings personal experience and scientific study to bear in her examination of this growing aspect of the study of emotion and mental illness.

As this field continues to grow both the human and animal population stand to reap significant rewards. In the meantime, though, people can use pets to help them face bouts of depression through groups like the American Humane Association or their local pound. With luck, as humans begin to understand that they share more than just a planet and resources with the animals that surround them, they may develop stronger emotional links that serve to create a more healing partnership for all parties involved.

2 Responses to "Emotions Linked to Healing in Humans and Animals"