Even If Will Hayden Is Innocent, Career Is Over 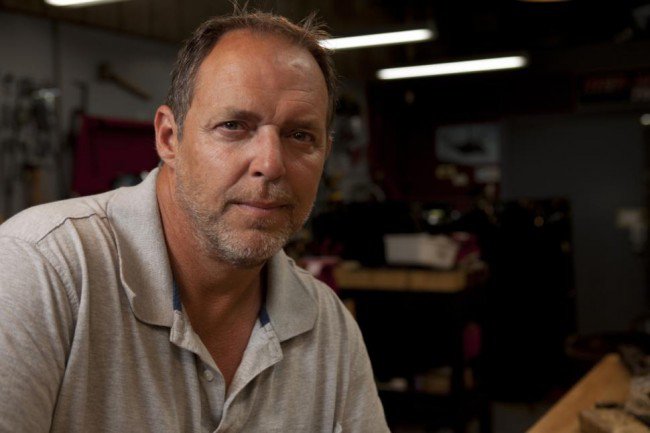 One of the basic tenets of North American criminal justice is that people are assumed innocent until proven guilty.  In the case of former Sons of Guns star Will Hayden, though, it would seem that everyone connected with the star is distancing themselves sooner rather than later.

It seems as though the speed with which people distance themselves from alleged offenders depends on the crime alleged to have occurred.  Certainly, sex crimes – particularly crimes against children – are particularly heinous, and they should be deemed so.  The press, however, has jumped on this story, and with every mention of Hayden or his crime, Hayden’s conviction in the jury of public opinion has all but solidified.  The problem is, Hayden has only been arrested; he has not been to trial, convicted or acquitted.  Hayden’s unfortunate past, though, has already been dug up, complete with prior comments about virgins that may or may not have been taken out of context.

The discussions about Hayden’s brutal past and the picture of what is likely his mug shot has hit many papers already, and this has done nothing but excoriate him further.  His own gun shop has effectively disowned him, and Discovery has rightfully pulled the show from its website and the airwaves.  As a reputable educational channel, there is no way Discovery can afford any connection with an accused child rapist.  Gun shops already have a difficult reputation, given the continued concerns about weapons falling into the wrong hands, particularly since Monday’s tragedy where a 9-year-old accidentally shot her shooting instructor when she lost control of the Uzi she was learning to shoot.

Hayden, however, has the right to have his story heard.  If he is guilty, he needs to be punished, and severely – I am not the only one who has suffered at the hands of a child molester, and for the sake of his children, he needs to be removed from the situation permanently.  The phrase is “innocent until proven guilty,” though, and no one deserves to be raked over the coals for something that hasn’t proven to be a crime yet.

Am I supportive of the man?  No.  The crimes he has been charged with are horrendous, and if he is guilty, it is my sincerest hope that every possible punishment is flung at him.  However, what really happened has yet to be seen in court.  Regardless of whether he is innocent or guilty at this point, it will take a lifetime for his family and those connected to him to recover.  It will take the rest of his daughters’ lives to recover and learn to overcome the terrible scars inflicted by their father – if he’s been found guilty.

Unfortunately for Hayden, there is no recovery if he is found innocent.  Accusations of a sexual crime, particularly one against children, tend to stick with an individual, regardless of whether or not the person is innocent.  The court of public opinion tends to brutalize those accused of crimes of this nature, and that means Hayden truly can kiss his career goodbye.

Of course, Hayden is not the only celebrity to be accused of a crime.  Duane “Dog” Chapman of Dog the Bounty Hunter fame was raked over the coals for his now-famous rant about his son’s girlfriend.  He did manage to salvage his career, and A & E renewed Chapman’s show.  However, Chapman was not accused of a sexual crime.  He was accused, essentially, of being a bigot.  He has since overcome those days and, with his wife Beth, was photographed in support of the No H8 campaign.

Those celebrities accused of sexual crimes, though, do not really recover.  Michael Jackson, for instance, became better known in his life for the accusations that had been leveled against him instead of his artistic endeavors.  Now several years past his death, these accusations seem to be long behind him as his posthumous album appears to be doing well.

The accusations against Hayden, however, are simply too heinous to be ignored, even if the man is innocent.  It seems it is one thing, particularly in Hollywood, to have sexual assault allegations flung at you; it is quite another when those accusations say you are charged with raping your daughter.  There will be no recovery from this as far as Will Hayden goes; his career is over, whether he is guilty or not.

12 Responses to "Even If Will Hayden Is Innocent, Career Is Over"