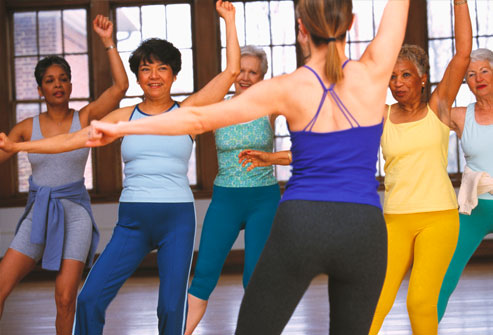 It is well known that regular exercise helps people keep healthy. The latest finding shows that it may also help older women avoid a life-threatening heart condition. According to a new study, exercise guards against developing atrial fibrillation or AFib, an irregular heartbeat that can lead to blood clots and a high risk of stroke.

Women who remain physically active after menopause have a 10 percent lower risk of developing atrial fibrillation than women who are more sedentary. The protection afforded by remaining active even applied to women who are obese, according to the research. Obesity is a significant risk factor for AFib.

The study, published in the Journal of the American Heart Association, shows that the more post-menopausal women exercised, the less likely they were for developing atrial fibrillation, according to the study author Dr. Marco Perez, who serves as director of the Inherited Arrhythmia Clinic at Stanford University’s medical school in California. He noted that obese women benefited the most from exercise, according to their research. “There has been a question in our field,” Perez noted, “whether we should be recommending more exercise in these older folks.”

Atrial fibrillation is a heart electrical disorder that causes it to beat in a disorganized, rapid way. The condition can lead to stroke and heart failure. An estimated 1.1 million American women have atrial fibrillation, and the number is expected to increase by more than two times as much over the next 50 years.

Some elite athletes have developed atrial fibrillation as a result of regular strenuous exercise regimens. Previous studies on athletes led doctors to question if exercise is bad for regular people at risk for the condition, according to Dr. Gordon Tomaselli, a Johns Hopkins Medical School professor of cardiology and spokesman for the American Heart Association. Atrial fibrillation should not be an excuse for being physically inactive.

The study that showed that exercise guards against AFib was based on more than 80,000 participants in the Women’s Health Initiative, an observational study involving women who are aged 50 to 79. Observational studies show an association between factors, but do not attempt to prove cause-and-effect relationships.

Researchers asked the participants how often they walked for more than 10 minutes per day or engaged in physical activity hard enough to sweat. After 11 years of participation, the most physically active women had a 10 percent lower risk of developing AFib, according to the researchers, than those who did not walk or do exercise each week. The women with the highest protection participated in physical activity for by walking 30 minutes an average of six days a week, or bicycling leisurely for a least an hour two times per week.

The research on how exercise guards against atrial fibrillation showed that obese women who exercise a lot actually cut their risk of AFib in half. Obesity gives woman a 44 percent increased risk for atrial fibrillation. This number dropped to 17 percent with regular physical activity. If obese women lose weight by increasing their exercise levels, the benefits will probably be even greater, Tomaselli said.