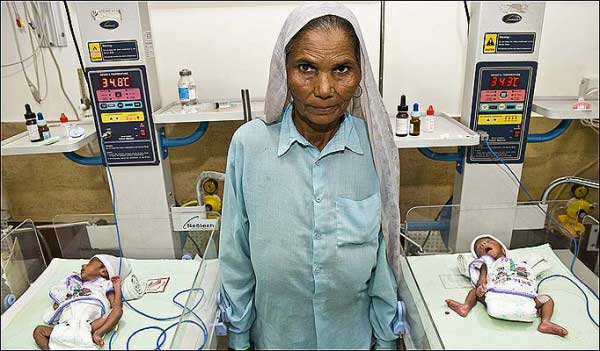 Google is currently leading the charge to combat aging. For the first time in history, credible experts and businesses are working to change the public perception that aging is a fact of life, and instead trying to frame it as yet another disease that needs combating. The ramifications of this tide-shift are vast, and coincide with multi-billion dollar investments coming from a diverse range of billionaires and the companies with which they are involved, first and foremost being Google. Instead of being laughed out of professional life, credible scientists are now discussing the possibility that women might someday give birth at 80, not because they have undergone hormone treatment and in-vitro fertilization, but because 80 will be the new 30.

While human life expectancies have increased dramatically over the past 2,000 years, healthy human lifespans have not. The difference between life expectancy and lifespan is that life expectancy is impacted by war, disease, and infant mortality rates because it is an “average” taken across a group of people. Lifespan, on the other hand, is how long someone is expected to live assuming relative health for the duration of their life. Bill Gates’ foundation is one organization that has focused exclusively on increasing life expectancy. Google is searching for the holy grail.

Enter Google’s new biotech company, Calico, the first company specifically focused on combating aging. California Life Company, or Calico for short, is focusing on “health and well-being, in particular the challenge of aging and associated diseases.” The management team includes a who’s who of some of the world’s most successful biotech researchers and executives, notably Arthur Levinson, former CEO of Genentech and current chairman of Apple. Twenty years ago, scientists risked being discarded from respectful circles if they decided to focus their energy on solving the “disease” of aging. Aging was a natural process that cannot be stopped, was the philosophy of the day. Now, the single most-desired company to work for and the third largest company in the entire world, Google, is completely changing the way humanity thinks about aging.

Other notable figures posit that not only will humans eventually figure out how to dramatically extend lifespans, they will “cure” death altogether. Ray Kurzweil, director of engineering at Google, recipient of the National Medal of Technology from President Clinton, and bestselling author and “futurist” believes that the beginning of the end of “death” could come as soon as the middle of this century. This possibility is made real, he states, because of the exponential growth of technology.

Having been a wildly successful entrepreneur and author his entire life, what tempted him to take his “first real job,” was Larry Page offering him the vast resources of Google to help turn his dream of combating aging into a reality. Aubrey de Grey, another warrior in the fight to end aging, has also attracted funding for his research from successful entrepreneurs such as billionaire Peter Thiel. Larry Ellison, billionaire founder of Oracle and fifth richest person in the world has funded an eponymous non-profit foundation focused on “diseases related to aging.” While the primary objective of this group of iconoclasts is not to enable women to become mothers at 80 years old, a byproduct of dramatically extended lifespans would certainly be more flexibility in deciding when to have children.

Opinion by Benjamin A. Buchanan