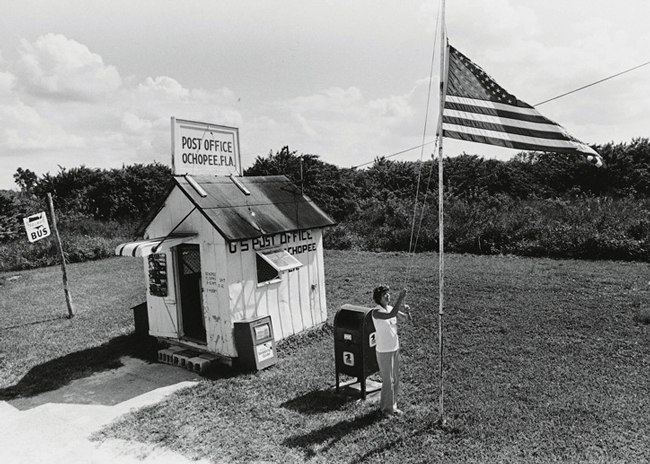 So far in August this year, President Obama has signed 21 bills into law. Seven of these bills concerned the naming of government-owned buildings and five buildings were post offices. Although infrequent in early history, legislation naming post offices has become a very common practice.About one-fifth of the laws passed by congress in the past decade were post office naming bills.

The predecessor to the U.S. Postal Service (USPS) was U.S. Post Office Department. Before 1891, the names of post offices were derived from a number of sources, including the name of the town or township in which the post office was located, certain neighborhoods, crossroads, local landmarks, and even the postmaster’s name or places of residence. From 1891, the naming guidance from the history was refined. Clerks of post offices were instructed to name the office after the town or village of its location in order to facilitate the expeditious and efficient delivery of mail.

Congress first honored an individual by naming a post office through freestanding legislation in 1967. Post office naming acts were very limited in the 26 years before 1999. They represented less than five percent of all the legislations signed into law. The number has increased significantly since the 106th Congress (1999-2000) and peaked in the 110th Congress (2007-2008), reaching 24 percent.

The last Congress (112th) was the most unproductive in the history of this process, since at least the 1940s, but still moved through 46 bills naming post offices (out of 240 total measures passed). While many post offices are named for fallen U.S. service members, government officials and entertainment or sports stars such as Bob Hope, Mickey Mantle and Nat King Cole also received this honor.

While these name changes of post offices are meaningful, they are relatively insignificant duties of Congress. Still, counting the numbers of bills each congress member has sponsored, it is not uncommon to find many members whose only achievements are such bills. Ahead of the mid-cycle election, attacks on the political effectiveness of congress members of both parties are increasing, and members who have no bills bearing their name or only sponsored such minor bills have the explanation work cut out for them.

Fortunately for taxpayers, such bills do not take much time and usually no debate is needed. The House, which originated more post office naming bills than the Senate, explicitly stated that the time spent on such bills should be minimized. The nature of these bills is usually non-controversial but one bill in 2008, which proposed to name a post office after a lobbyist, passed the House but not the Senate.

Because USPS has a  root in history as government agency, Congress not only makes laws for name changes of the post offices, but also dictates its pension plan and business diversification. A law passed in 2006 required the USPS to fulfill retiree health benefits in the next 75 years in the next ten years. USPS has made more than $1 billion in profit so far this year but reported a net loss of $3.7 billion after such obligation. The loss for the third quarter of this year is $2 billion, up from $750 million in the same period of last year.

One Response to "History of Name Changes of Post Offices"